In an update published by the Bertelsmann Stiftung’s Isabell Hoffmann, Populism in Action’s Principal Investigator Prof. Daniele Albertazzi is quoted at length on his thoughts regarding the current Italian Presidential election.

He began by telling her that:

With Berlusconi, nothing is impossible, but I only gave it a small chance. So, my answer would be: no, Berlusconi did not have a realistic chance to become the next president of Italy. The reason for this is that a President Berlusconi was not even in the interest of the leaders of the right-wing coalition, his own political camp.

To read the interview in full, see the update on the Bertelsmann Stiftung website

Reflecting on Silvio Berlusconi’s decision to withdraw his candidacy for the Italian Presidency Prof. Albertazzi stated:

Commenting on the state of the wider race for the role, and the possibility of Prime Minister Mario Draghi being on contention for the role, Prof. Albertazzi said:

“He wouldn’t be there just to unveil monuments and make speeches — he would exert real influence… Many individuals in parliament worry that picking Draghi means having fresh elections in the spring and they absolutely want to avoid that.” 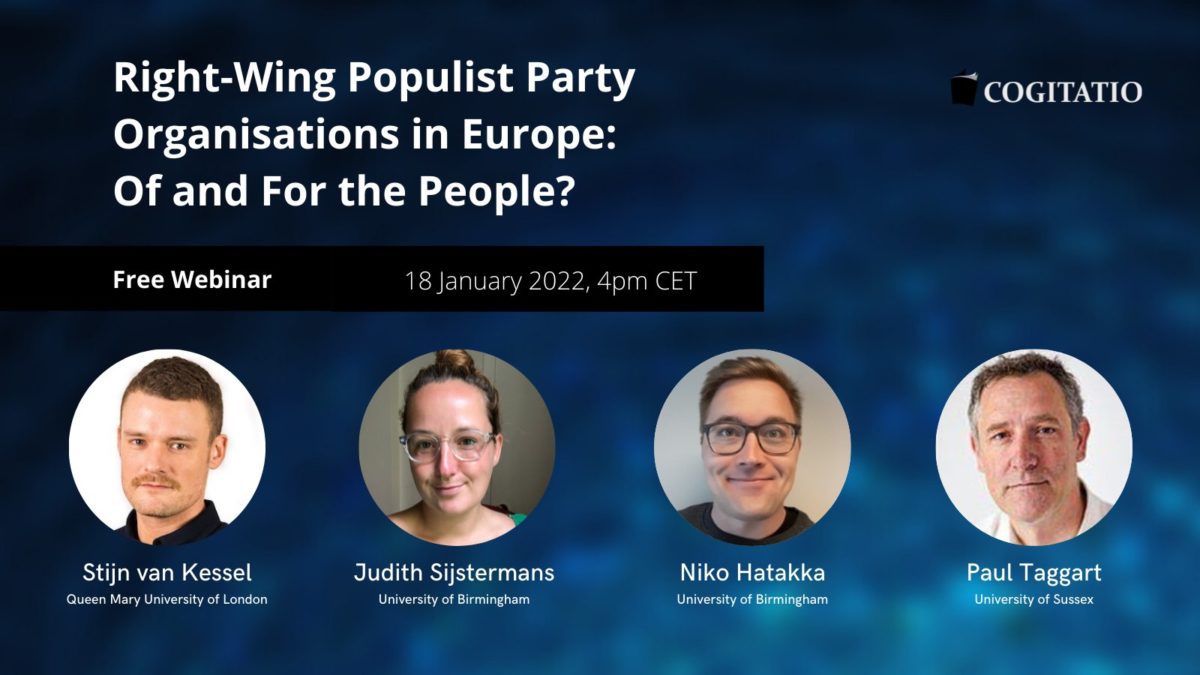 On Tuesday 18th January 2022, the COGITATIO Press hosted an online webinar exploring the main findings of the issue “Right-Wing Populist Party Organisation Across Europe: The Survival of the Mass-Party?”, published in their open access journal Politics and Governance.

The event was recorded and can now be watched here on Youtube.

“He wants to build momentum, it’s not strictly needed but he clearly thinks it can be useful…” 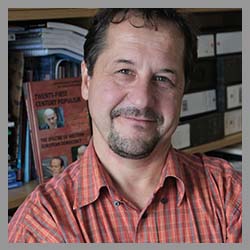 You can read the interview in full on the Iliberalism Studies Programme website.

This free to attend webinar will analyse the main findings of the issue “Right-Wing Populist Party Organisation Across Europe: The Survival of the Mass-Party?”, published in the open access journal Politics and Governance.

If you do not receive a confirmation email with the link to access the event after the registration please contact communication@cogitatiopress.com

Event organised by the Politics and Governance journal.

On 2nd January 2022 our Principal Investigator Prof. Daniele Albertazzi was quoted in the article “Italy’s Embattled Berlusconi Eyes the Presidency, His Biggest Prize Yet” written for The Wall Street Journal by Eric Sylvers.

“I’m sceptical Berlusconi can pull this off, but it is very difficult to guess with him because he defies all predictions… However the race for the presidency goes, this won’t be the political end of Berlusconi, the end will come when Berlusconi is underground.”

Read the article in full here.

With restrictions and disruption due to the worldwide COVID-19 pandemic still very much a fixture of everyday life 2021 has proven to be another difficult year. Despite the ongoing severity of the public health crisis, it has also been another successful year for the Populism in Action Project.

Late November saw the publication of “Right-Wing Populist Party Organisation Across Europe: The Survival of the Mass-Party?”, a comparative Special Issue of the (Open Access) journal Politics and Governance, co-edited by Prof. Daniele Albertazzi and Dr. Stijn van Kessel. The release of this volume which presents case studies of populist radical right party organisation drawn from countries across Europe, marks the first major publication from the Populism in Action Project.

All of the Project’s Research Fellows – who have been working on Populism in Action conducting primary research since 2019 – successfully secured new jobs. While the Project as a whole, continued to inform popular and specialist understanding of the populist radical right through dozens of media appearances, in outlets based in Europe and beyond, made by team members throughout the year.

Additionally the Project continued to publish incisive, shortform analysis of populist radical right politics across Europe via its own channels, drawing on the expertise of members of the Project team and guest contributors. We have selected a dozen of these contributions as reflections on what we have achieved in a difficult year. Please find them below:

Dr. Marta Lorimer – “10 Years of Marine Le Pen – When gaining a lot may not be enough”

Dr. Adrian Favero – “How COVID Caused the Swiss Radical Right to Tie Itself in Knots”

Donatella Bonansinga – “How do populists respond to growing insecurities?”

Dr. Niko Hatakka – “The Finns Party is yet to close the door on contention over Covid-19”

Dr. Anna-Sophie Heinze – “Here to stay? The Alternative for Germany partway between establishment and normalisation”

“is not really playing to their strengths,”… “They reduce the salience of typical radical right issues such as immigration and cultural change. Generally speaking, this isn’t good news for them.”

“has the problem of holding together two different Leagues”

While for the German AfD:

“[vaccine scepticism has proven] a way to close ranks,” 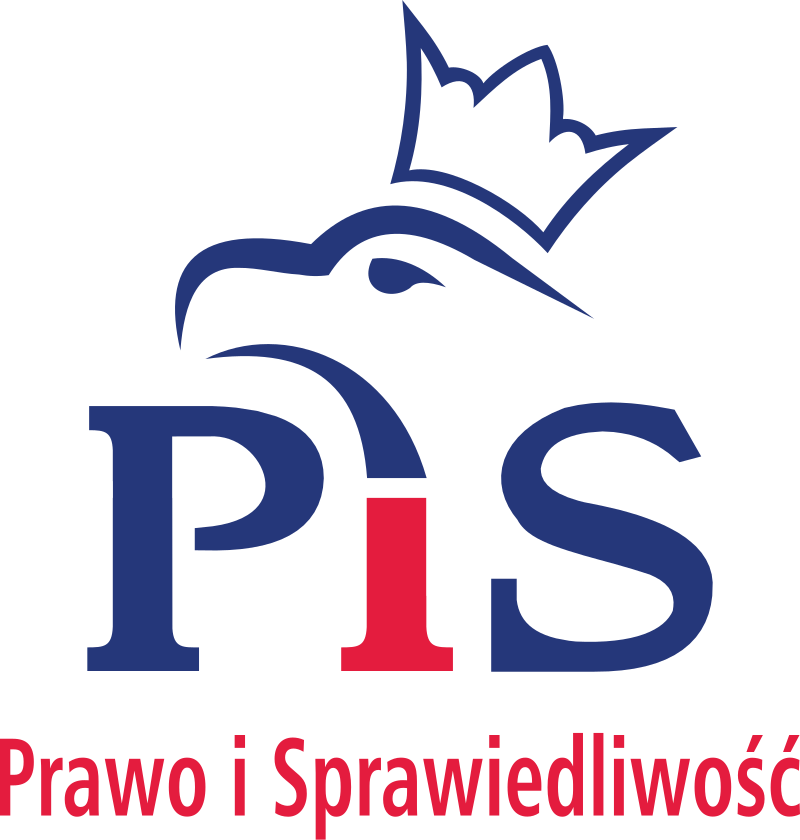 Poland’s Law and Justice (PiS) party is an excellent case through which to explore the organisational features of a strongly institutionalised, incumbent party which uses populist radical right (PRR) politics. My recent analysis of PiS shows that it is important to contrast what such parties say with what they actually do in terms of organisation. This demonstrates that we must pay increased attention to how parties communicate and ‘perform’ their organisation.

During the 2015 presidential and parliamentary campaigns PiS tried to strategically normalise its image. The mask dropped immediately after the party won the parliamentary election, as it increased its powers at the expense of democratic principles and constitutional norms.

Interestingly, since at least 2015 the PiS has enacted not only programmatic, but also organisational reinvigoration. It has made overtures to some features of the mass party for the purposes of electoral mobilisation and simulated a dispersal of power away from its long-time Chair, Jarosław Kaczyński. In practice, however, little has changed, as PiS has not invested in establishing stronger linkages between party representatives and members, and remains a strongly centralised organisation dominated by its leader.

Mass party? Not quite.

Whilst PiS has enacted linkages that resemble those of the mass party to mobilise sympathisers, it has not developed a mass party organisation in actual practice. During the 2015 campaign, the party stressed that achieving its programmatic goal of “good change” depended upon a united effort by both the party’s “new” caring and efficient leadership, and engaged non‐member sympathisers. Yet, whilst between 2015 and 2019 PiS reported a doubling of its membership, it did not actively engage in expanding its membership base. Most notably, despite PiS’s calling on sympathisers to engage with the party during election campaigns, it did not even put much effort into integrating its actual members into the organisation, or socialising them into the party in a significant and sustained way.

Surveys of activists indicate PiS members had considerable expectations regarding their potential engagement in party activity, but that this was not prioritised by the party itself. One PiS official surveyed admitted that the party had few ideas about how to involve rank‐and‐file members outside periods of electoral campaigning. In these surveys, PiS activists explained the party’s reluctance to admit new members with reference to issues regarding party management, or concerns within regional party branches that an influx of new, highly engaged members could destabilise existing intra‐party power relations and hierarchies.

Despite the fact that it has performed organisational renewal, PiS remains a strongly centralised party constructed around patronage networks and the power of its long‐time leader: Jarosław Kaczyński. In addition to formal prerogatives, the position of the current party leader is strengthened by his de-facto control over the party’s ongoing operations. Few key decisions can be made without the consent of the PiS Chair who has never hesitated to use the sanctions at his disposal to tame internal dissent.

Despite this situation, the radical public image and absolutist leadership style of Jarosław Kaczyński has clashed with the party’s electoral strategy. During the 2015 parliamentary campaign, the party did not foreground its leader, spotlighting instead new, less well known party leaders as candidates for executive office. In this way the PiS ostensibly appeared to renew its leadership, simulating the dispersal of power away from its long‐time Chair.

Up to 2020, Kaczyński remained a “mere rank‐and‐file” PiS Member of Parliament – at least in formal terms. From this back seat position he nonetheless continued to exert control over the party, as well as its parliamentary and governmental activities – both in person and via central office bodies. By being the party’s “backseat driver” Kaczyński could control the party’s activities without having to respond for the government’s actions. With assistance from PiS loyalists in the media, the party leader could also present himself as the symbolic saviour of Polish politics – even, if required, from the malaise affecting his own party.

The example of PiS demonstrates how useful it is to compare whatever PRR parties proclaim with what they actually do concerning their organisation. We have also seen how vital it is to observe how parties may adjust the image behind their organisational profile for strategic purposes.

But whilst parties can strategically try to “have their cake and eat it”, this does not necessarily ameliorate intra-party conflicts, and can potentially (re-)activate them. Personal conflicts within PiS and the governing coalition have re‐emerged since 2020 amidst increasing anti‐government protests, and the COVID‐19 crisis. Simultaneously, the central office has signalled initial moves towards reorganising the party’s regional operations, causing further disquiet within the party. It will be interesting to observe what direction the party will take in the future, not least once its founding leader decides to pass the torch on to a successor.

Dr. Bartek Pytlas is a postdoctoral researcher at the Geschwister Scholl Institute of Political Science, LMU Munich. He is the author of the award‐winning monograph “Radical Right Parties in Central and Eastern Europe: Mainstream Party Competition and Electoral Fortune” (Routledge). His work has been published in journals such as West European Politics and Journal of Common Market Studies. His current project funded by the German Research Foundation focuses on strategic patterns of anti‐establishment politics across Europe. You can follow him on Twitter here.