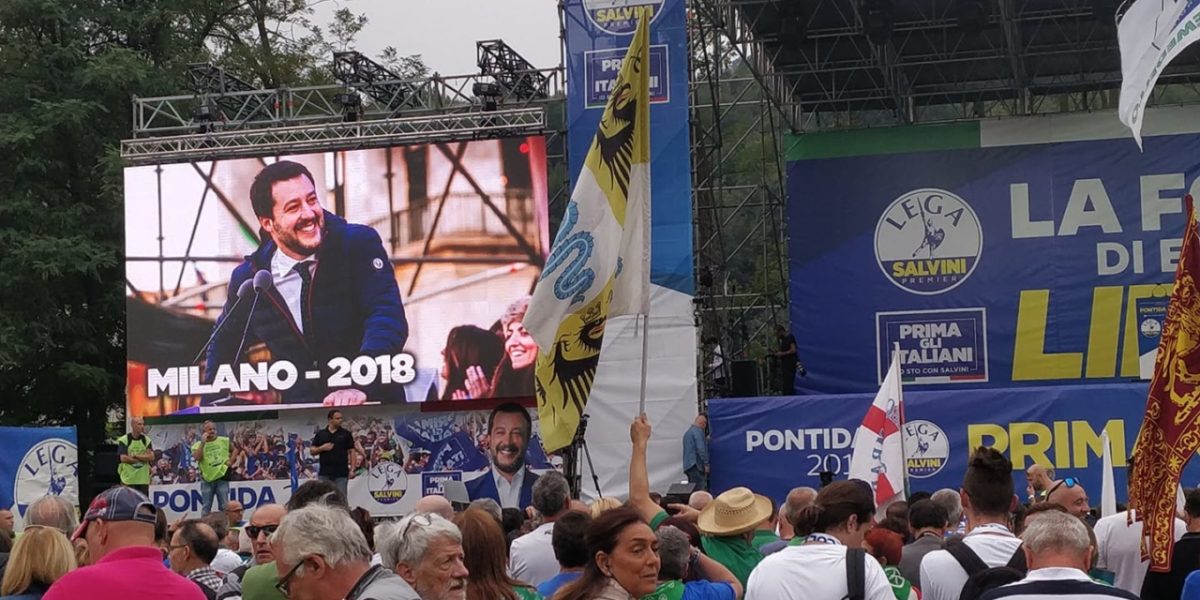 Most descriptions of Italy’s League (Lega), led by Matteo Salvini, portray it as a party whose success is entirely dependent on social media and the fortunes of its leader.

This is a mistake. The League is the legacy of its predecessor, Umberto Bossi’s Northern League (Lega Nord, LN) and provides an outstanding example of a modern mass party.

The “people” whom the League claims to defend are no longer just Northern Italians, but all Italians. However, the organisational structure sought by Bossi continues and evolves by exploiting new technologies.

The LN was characterised by an unquestionable hierarchy, recruitment mechanisms designed to protect it from careerists and opportunists, a plurality of ancillary structures for all the League’s activities, and cadre schools for the formation of the ruling class. But above all, the LN was centered on the decisive importance of activism, Bossi’s “unknown militant”. This was a mission, a constant commitment, cemented by loyalty and devotion to the party.

In line with its Leninist-derived organizational structure, today’s League considers loyalty, respect for internal hierarchy, and ostentatious activism as its supreme values. The party’s apparatus is shaped like a pyramid and hinges on democratic centralist principles, conveying the idea of being “one body”. Space is provided for discussion and internal debate, but externally the message of the party must be univocal.

On the Streets and on the Web

While Bossi’s League was a traditional mass party, Salvini’s carefully exploits new technologies, in particular social media and instant messaging systems, to adapt this organizational model to the challenges and opportunities of the 21st century.

The League today is less bureaucratic and more efficient, but its pillar remains the “ostentatious” militant, someone who sets up the gazebos, does flyering, and pours mulled wine. Social media is important for the communication strategy, but it is only one part of a triptych comprising Television, Internet, and Territory.

Old media, new media, and on the ground physical activism are integrated to amplify the message. Activists pursue a wide range of activities both on-line and off-line: leafleting, gazebos, party local festivals and rallies, protests, petitioning, social events, and book presentations. Activism is an activity and an ideology, enveloping members in a “family” or “team” for a grassroots base which can be mobilized as required.

This activist base, structured through a network of local, provincial, and regional branches, makes the League much more resistant when is losing support and helping it grow faster when conditions are favourable.

Exporting the North’s Modern Mass Party to the South

In Northern Italy, Salvini’s League has inherited the organizing principles and practices of the old LN, as well as its membership, structures, and resources. Activists can be mobilized in days thanks to deeply embedded patterns of loyalty, dedication, and respect for hierarchy.

The League is attempting to “export” this modern conception of the mass party to the South, but its potential for success remains unknown. Organisational routines require time to take root and consolidate in a new context, and the League’s roll-out of its organisational model is an unprecedented political operation.

The League has not only reinvented itself ideologically from a populist regionalist party to a state-wide populist radical right party. It has done so with the explicit intention of exporting its organisational model to regions that in the past were hostile and which the party derided. This is the League’s decisive challenge.

Dr. Mattia Zulianello is the Populism in Action Project’s Italy focused Research Fellow. You can follow him on Twitter here.