Populism in Action’s Principal Investigator Prof. Daniele Albertazzi has been quoted in the Politico Europe article “Italy’s Matteo Salvini recasts himself as champion of Ukraine’s refugees”.

Written by the Rome based journalist Hannah Roberts, the news feature article explores League Party leader Matteo Salvini’s attempts to cast himself as a defender and would be rescuer of Ukrainian refugees, and to surreptitiously distance himself from previous statements and gestures that were seen as indicating support and sympathy for long serving Russian President Vladimir Putin.

“The obvious, instinctive approach for Salvini would be … ‘OK, they need help but let’s not let in the wrong people,’”

And as Roberts paraphrases “Salvini is under pressure from his rivals on the right, Brothers of Italy, which is gaining ground.”

“On this issue, [the League and rival populist radical right Brothers of Italy Party] are both anxious not to be outsmarted by the other,”

Roberts sums up Prof. Albertazzi’s assessment of the Leagues’ pivot on immigration as being “that when the migrant sea crossings from North Africa start again in the spring, the League leader will return to complaining about the arrival of economic migrants, with the advantage of being able to say that he is not against all refugees, just those unfairly abusing the system.”

“He [Salvini] knows that Christian and white refugees from Ukraine are considerably more acceptable to large numbers of Italians than young men crossing from Tunisia … He is being very smart. People have a short memory. Instead of fighting he is showing his nice side and next time he can go back to being nasty.”

To read the article in full visit the Politico.EU website.

Commenting on the implications of this development for the government of Italy Prof. Albertazzi said:

“The road ahead is going to be uphill, not downhill…. I’ve never believed that just because you are Draghi you can do whatever you like. He is in the hands of political parties. They have political power, and they are themselves divided — the right against the left, factions against factions. All of this is going to create chaos.”

You can read the full article here.

“The situation is going to become messy…”

In an update published by the Bertelsmann Stiftung’s Isabell Hoffmann, Populism in Action’s Principal Investigator Prof. Daniele Albertazzi is quoted at length on his thoughts regarding the current Italian Presidential election.

He began by telling her that:

With Berlusconi, nothing is impossible, but I only gave it a small chance. So, my answer would be: no, Berlusconi did not have a realistic chance to become the next president of Italy. The reason for this is that a President Berlusconi was not even in the interest of the leaders of the right-wing coalition, his own political camp.

To read the interview in full, see the update on the Bertelsmann Stiftung website

Reflecting on Silvio Berlusconi’s decision to withdraw his candidacy for the Italian Presidency Prof. Albertazzi stated:

Commenting on the state of the wider race for the role, and the possibility of Prime Minister Mario Draghi being on contention for the role, Prof. Albertazzi said:

“He wouldn’t be there just to unveil monuments and make speeches — he would exert real influence… Many individuals in parliament worry that picking Draghi means having fresh elections in the spring and they absolutely want to avoid that.”

“He wants to build momentum, it’s not strictly needed but he clearly thinks it can be useful…”

On 2nd January 2022 our Principal Investigator Prof. Daniele Albertazzi was quoted in the article “Italy’s Embattled Berlusconi Eyes the Presidency, His Biggest Prize Yet” written for The Wall Street Journal by Eric Sylvers.

“I’m sceptical Berlusconi can pull this off, but it is very difficult to guess with him because he defies all predictions… However the race for the presidency goes, this won’t be the political end of Berlusconi, the end will come when Berlusconi is underground.”

Read the article in full here. 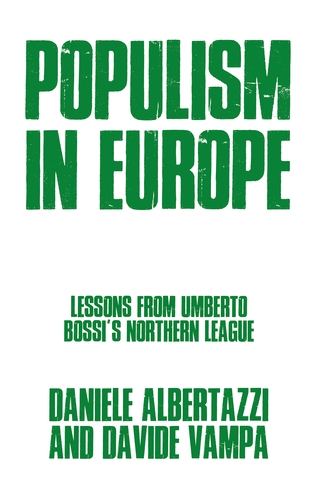 This launch event was held online and hosted between the Centre for Britain and Europe at the University of Surrey, Aston University and the Populism in Action Project.

In the article entitled “Theatre of Quarrels on the Centre-Right” Prof. Albertazzi explains that:

…with highly compatible electorates and ideologies- the Italian right will reunite when it matters at the polls. Not least because every right-wing government led by Berlusconi in the past, was characterised by constant in-fighting between the parties making up the coalition, but this never stopped them from coming back together before the subsequent election. 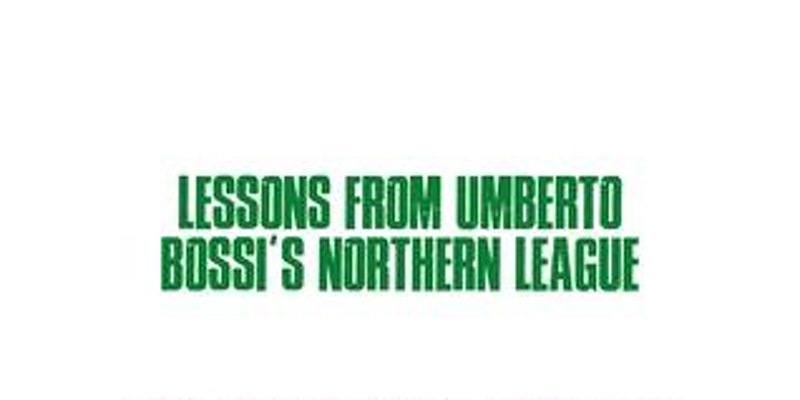 Join us on Wednesday 20th of October 2021 at 16:00 (UK time) for a virtual seminar considering and responding to the newly published Populism in Europe – The Lesson’s from Umberto Bossi’s Northern League, by Prof. Daniele Albertazzi (Surrey) and Dr. Davide Vampa (Aston).

One of the oldest right-wing populist parties in Western Europe, and one that has accumulated considerable experience in government at both national and subnational levels, the League – previously Northern League – has much to teach us (and other parties) about how populists can achieve rootedness and success. In this roundtable chaired by Amelia Hadfield (University of Surrey), we will interrogate the reasons behind the party’s resilience, the importance of grassroots organisation, and the involvement of party members in its activities. The recently published book Populism in Europe – Lesson’s from Umberto Bossi’s Northern League co-authored by Daniele Albertazzi (University of Surrey) and Davide Vampa (Aston University) will provide a starting point for a discussion with Arianna Giovannini (De Montfort University) and the audience about the party’s origins and institutionalisation under the leadership of its founder. The book, based on a systematic analysis of a large amount of original quantitative and qualitative data, stresses the importance of the Northern League’s consistent and coherent ideology, its strong organisation and its ability to create communities of loyal partisan activists. The fact that today’s League has achieved unprecedented electoral success under the new leadership of Matteo Salvini cannot be fully understood and explained without investigating its past. Notwithstanding his transformative role within the party, Salvini can be regarded as Bossi’s heir in political terms. Hence the findings of the book will be linked to the work by Mattia Zulianello (University of Trieste) on “the League of Matteo Salvini”, which shows how recent ideological and organisational transformations are not devoid of contradictions and are still influenced by (and in tension with) Bossi’s legacy.