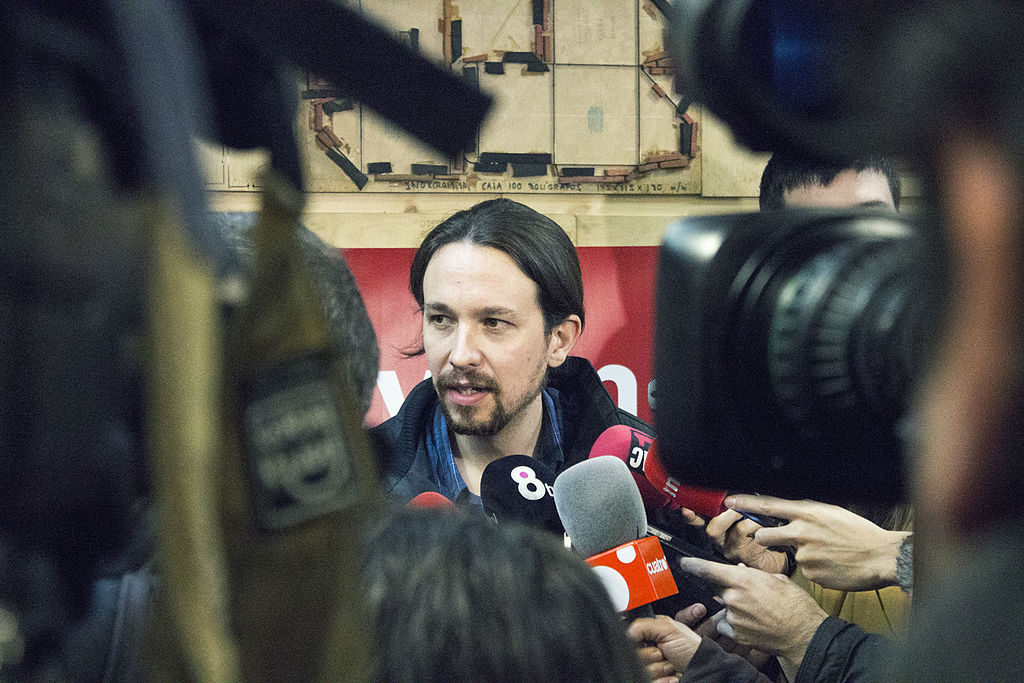 On January 7, 2020, the Spanish Parliament provided the setting for an unusual scene. Podemos’ leader, Pablo Iglesias, burst into tears after the investiture of Pedro Sanchez, President of the Socialist Party (PSOE), as the new Prime Minister leading a coalition government that included his own political formation. Ten years after the outbreak of the economic crisis in the Euro area, almost exactly six years after the creation of Podemos, the political heir of the Indignados had finally made it into national government, therefore achieving one of its key stated goals. Sixteen months later, Iglesias gave another solemn speech, in which he announced his retirement from politics in these terms: “when your role within your organization and your task to improve democracy in this country becomes greatly limited and mobilizes the worst elements of those who hate it, certain decisions have to be taken without hesitation”. This occurred after a regional election campaign in Madrid. Iglesias had unexpectedly decided to step down as the country’s deputy prime minister to rescue Podemos from certain defeat, but eventually only secured a disappointing 7.21% of the vote and 10 seats out of 136. The campaign had been marked by threats of violence, including towards Iglesias himself.

The end of a political cycle

The outcome of the Madrilenian contest was not that surprising, however. After all, the result of the previous regional election in Madrid, held on May 26th, 2019, had been even worse, considering Podemos had lost 20 of their 27 seats in the regional assembly. This time the odds were stacked against the parties in government. The PSOE endured a severe defeat, too, registering its worst-ever result in the region (the popularity of Isabel Díaz Ayuso, the People’s Party’s charismatic candidate, being readily apparent). Iñigo Errejón argued in a recent interview that 26 years of right-wing government in the Madrilenian region has shaped the political subjectivities in favour of the right. This defeat, however, calls for an explanation beyond purely local factors. For one must remember that Iglesias’s tears in January 2020 were not of joy; rather they were the product of mixed feelings. Nostalgia, first of all, the long march to national government having come at high cost. On the way to executive power, Podemos lost two million voters, experienced harsh internal tensions leading to painful splits, and abandoned many of its initial aspirations. Relief, too. The alliance of socialists and populists was the result of long and arduous negotiations initiated nine months earlier, which succeeded only after a risky second election weakened both leftist parties, while reinforcing the far right. Bitterness, finally. Podemos’ weakness was the very reason why it finally set foot in government, as the hegemony of PSOE was not in danger anymore.

Podemos’ recent defeat confirms the exhaustion of the political cycle opened by the anti-austerity protests of 2011. The “old” vs “new” opposition that arose from the discrediting of centre-left and centre-right elites in the context of the Euro crisis has given way to a return to a more classic left-right structure of political competition coupled with an exacerbation of the centre-periphery cleavage. This trend has led to the decline of Ciudadanos – the other political force that erupted in the aftermath of the recession and positioned itself as a “new” pole of the emerging opposition. As well as the birth of a new party on the far-right, Vox, putting an end to the “Spanish exception”. In this configuration, the opposition between two antagonist blocs (left vs. right) has progressively obscured the new axis of competition between insiders and outsiders, marginalizing the latter contenders. At the end of this process, Podemos has been relegated to PSOE’s left, as a credible junior partner for left coalitions, but without any further capacity to influence the coordinates of the political debate. Its initial transversal ambition has practically disappeared; in many respects, Podemos is not to be considered “populist” anymore, but simply represents a renewed version of the old Spanish radical left.

The paradoxes of left populism

This trend sheds light on an interesting paradox. The old channels and structures of political representation – arguably the main long-term factor behind the populist upsurge – do not disappear all of a sudden. Rather, they are crumbling and resisting at the same time. The cleavages, organizations, and actors of party democracy keep, at least partially, a foothold in certain sectors of society making it difficult for new contenders to extensively remould political identities along new lines of competition. Any left populist contender finds itself progressively torn between two temptations: going populist or going leftist. In the first scenario, they abandon the radical left’s classic ideological coordinates and modes of organization and opt for the lightest and most open structure to attract voters and members. In doing so, however, they might be unable to win the loyalty of specific social groups in the long run and end up becoming the victims of the volatility that enabled them to erupt onto the political scene in the first place. In the second scenario, they decide to opt for heavier structures and more recognizable ideological positionings entrenching the party in specific sectors of society. The pitfall of such strategy is before our eyes: while the voter base of Podemos is now certainly more loyal than ever, it has considerably shrunk in numerical terms, leaving the party’s electoral strength far from its initial ambitions to transform Spanish society. In a paradoxical situation in which volatility and atomization coexist with resilience and inertia, left populism has seemed forced to choose between evaporation and marginalization.

Pablo Iglesias’ resignation was certainly a shock for most observers of Spanish politics. Yet, it does not represent a turning point in the fullest sense, since it simply accelerates a trend already in play. Podemos is increasingly turning into a “normal” party, more structured and less dependent on the figure of its charismatic leader to condense the affective investment of a wide range of heterogeneous demands. The twilight of Spanish left populism does not leave us without lessons, however. As the structures of political mediation and representation are eroding across Western democracies, other populist contenders are yet to arise. As the Spanish example teaches us, these must be careful not to underestimate the inertia of the party system they rise against and find a good balance between anchoring themselves to specific segments of society and the ideological and organizational agility that would help them navigate through the (partial) void of representation. These are the minimum conditions required if they wanted to become a credible majoritarian force capable of social transformation.

This piece of original analysis for the Populism in Action Project, is a guest post kindly written by Arthur Borriello who is a FNRS postdoctoral researcher at the CEVIPOL (Centre for the study of politics), Université libre de Bruxelles. His research interests include contemporary populism, neoliberalism, and political discourse. His main research project focuses on the rise and transformation of left populist movements in Europe in the wake of the Euro crisis, with a particular focus on Italian, Spanish, and French politics. You can find his publications on ResearchGate.