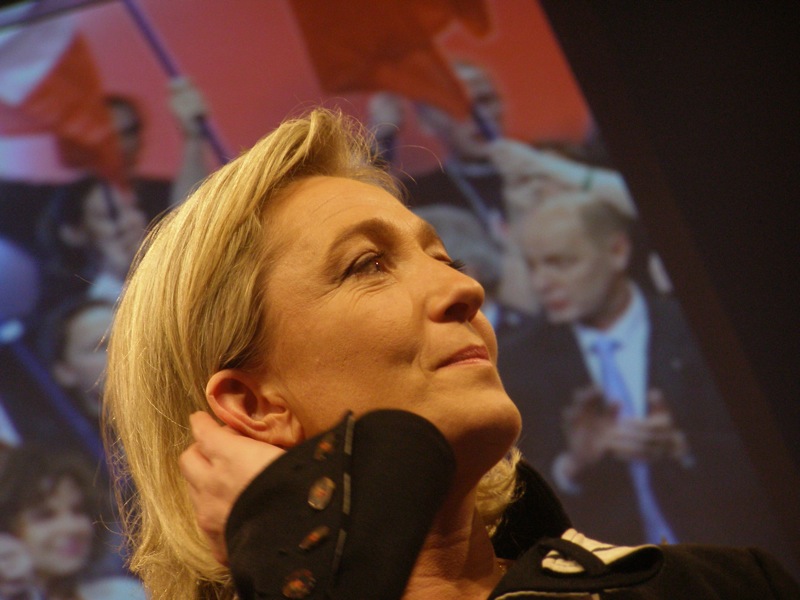 Just over 10 years ago, on 16th January 2011, Marine Le Pen took over from her father, Jean-Marie Le Pen, to become president of the Front National (FN, National Front; now, Rassemblement National, RN, National Rally). As she took the helm of the party her father had dominated for nearly 40 years, many wondered whether the FN would survive the change of leadership. Ten years on, the answer to that question is clear: the RN has not only survived – it has thrived. However, Marine Le Pen has not been able to achieve all her objectives, leaving her and the party in a potentially precarious situation.

The Rassemblement National: A Brief History

The Front National (FN) was originally founded in 1972 with the aim of bringing the different currents of the French far right together. Despite Jean-Marie Le Pen being regarded as a charismatic leader on the right, during its first ten years the party struggled to gain relevance.

The FN’s first national-level success came in the European Parliament elections of 1984, when it secured 10% of the vote and elected its first MEPs. The RN has been a force to be reckoned with ever since. While still struggling to gain representation at the national level – due to France’s two-round electoral system – it has grown into a party representing over one-fifth of the French electorate.

Marine Le Pen took over the party in 2011 with the clear aim of turning the RN into a party of government.

To achieve this, she initiated a process of ‘dédiabolisation’, or ‘de-demonisation’ aimed at softening the party’s image. She embraced Republicanism, backtracked on some of the party’s more controversial stances and expelled militants holding exceedingly radical views. Following a series of comments by Jean-Marie Le Pen about the Holocaust, she went as far as breaking very publicly with her father and expelling him from the party, in a saga that included reports of her cat being viciously murdered by her father’s Doberman. Finally, in an attempt to symbolically complete the transition from ‘eternal opposition’ to ‘government in waiting’, in 2018 she changed the party’s name to Rassemblement National.

In parallel, under the influence of ideas from her former adviser Florian Philippot, she also revised the party’s message so as to target voters on the left of the political spectrum. Arguing that her party was ‘neither left nor right’ and asserting the emergence of a new cleavage between ‘patriots’ and ‘globalists’, she sought to expand her voting base by attracting disillusioned working class voters.

Neither strategy was entirely new: ‘de-demonisation’ was first discussed by the RN’s leadership in the 1980s, while the ‘neither left nor right’ line had already been briefly adopted in the 1990s. However, Le Pen made both elements strategic goals, and imposed her strategy to the party machine.

Marine Le Pen’s ten years at the head of the RN can be roughly divided into two periods: ‘pre’ and ‘post’ the 2017 presidential election. From 2011 until 2017, Le Pen’s strategy of de-demonisation bore fruit: hence the RN’s election results improved steadily as did perceptions of the RN’s image. Indeed, according to Kantar’s ‘Barometer on the image of the RN’, an increasing number of French voters perceived the RN as fit to govern. Whilst in 2011, 56% of polled respondents viewed the RN as a ‘threat to democracy’, only 47% held the same view in 2014.

The RN also benefitted from a news cycle that spoke to its key issues. In particular, the migration crisis in 2015 and the sequence of terrorist attacks perpetrated by Islamist fundamentalist that hit France during the 2010s gave the party’s agenda stronger resonance.

Paradoxically, the 2017 presidential election marked both the high point of Le Pen’s tenure as RN leader and its lowest. After an otherwise lacklustre campaign, Le Pen made it into the second round of the presidential election. This was only the second time an FN/RN leader had gone as far as that: fifteen years previously, Jean Marie Le Pen had faced the outgoing Jacques Chirac, following a surprise first round defeat of the Socialist Lionel Jospin. Marine Le Pen also nearly doubled her father’s 2002 result. In 2002, Jean-Marie Le Pen’s vote between rounds only marginally improved, from 16.8% to 17.8%, whilst Marine Le Pen’s increased from 21.3% to 33.9%.

However, the contest presented many challenges for Marine Le Pen. During the campaign, her positions on the European Union were heavily criticized as too extreme. Moreover, a disastrous performance in the debate that preceded the second round undermined her hard-won polling and reputational gains. In a head to head with the soon-to-be President Emmanuel Macron, Le Pen appeared aggressive, unprepared and frequently rambling in the face of a better prepared adversary. The debate was widely perceived as a debacle both within and without the party. While it is unlikely that she would have won the presidency even had she performed well, the debate marked the end of Le Pen’s 2017 presidential ambitions.

Le Pen’s image has not fully recovered since 2017 and the party’s latest electoral performances have not been its strongest. In the European elections of 2019, it won 23.3% of the vote (down from 24.9% in 2014), and it recently failed to make significant inroads in the 2020 municipal elections. It has also been marred by financial and legal issues which have raised questions about its long-term prospects.

Luckily for the RN, most French parties are currently in disarray. The left is divided and still recovering from 2017, while the right-wing Les Republicans are struggling to find the leader they need to take them into the next presidential election. In this context, Le Pen still appears as Macron’s main opposition – and Macron is happy to feed this narrative because he views Le Pen as his ‘natural’ opponent and potentially an easy target.

While for now, it may be enough for Le Pen to survive, it is unclear whether being the only visible and organized opposition will be enough for her to win the presidency in 2022. Le Pen can find comfort in a recent poll which showed that a run-off between her and Macron would find them very close (52% to 48% for Macron). However, there is still a long way to go until 2022, and being ‘ok’ might not be enough to break the RN’s glass ceiling. It is also unclear what the RN will do if Le Pen fails again. Many are already looking to her niece, Marion Maréchal, as the next leader, but the party may find itself in troubled waters by end of 2022.

10 years on, Marine Le Pen has achieved a lot, however, her best may not be enough.

This piece of original analysis for the Populism in Action Project, is a guest post kindly written by Dr. Marta Lorimer of the University of Exeter. She is a Postdoctoral Fellow on the H2020 funded Integrating Diversity in the European Union project. You can follow Marta on Twitter here.