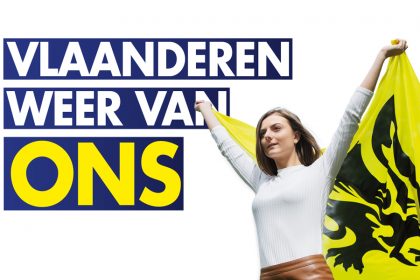 VB follows the patterns of PRRPs in having significantly fewer women than men in its ranks. Research published in 2010 showed that VB’s membership was 32% women, the lowest of any Flemish party. Correspondingly, just over one third of VB Parliamentarians are women. The party’s highest ranking executive board has 2 women out of 12 (16.7%) members.

When asked about gender in the party, the Federal Parliament group leader, Barbara Pas, has said: ‘I’ve always been a woman in a man’s world. I studied engineering and there the male-female ratio was a bit like in politics. It shouldn’t make a difference whether you are a man or a woman.’ Later in the same interview Pas goes on to acknowledge the constraints that weekend and evening-oriented work that comes with being an MP can put on women.

These time constraints might also obscure the day-to-day role women play. Coffe and Bolzendahl found that women were more likely to engage in ‘private activism’, including signing petitions, boycotting products for political reasons, and donating or raising money. VB local party life centres on each branch’s annual meal as well as other social activities such as breakfasts, barbecues, and family days. These informal and private types of political engagement are more difficult to document.

Scrinzi noted in a study of the Lega and Front National that women tended to refrain from referring to themselves as activists. Women were more likely to see their skills and work as part of wider relational and emotional care work rather than as part of party activism. Women’s roles in populist radical right parties, including VB, may be hidden from the eyes of political researchers since their activism is more likely to be private, informal, and downplayed.

Researchers have found that many PRRPs have begun to position themselves as the protectors of women and LGBTQ individuals. In VB, this has especially played out in rhetoric arguing against the ‘Islamisation’ of Flanders. The party’s leader in Antwerp, Sam van Rooy, wrote a book called For freedom, so against Islamisation. In an interview about the book, van Rooy argued: “Girls and women who really choose this themselves suffer from Stockholm Syndrome and raise a middle finger to our free society and to all the girls and women who are daily oppressed by means of the Islamic veil.”

A study of the relationship between conceptions of LGBT rights and ideas of nationhood in Flanders found that the VB were the most prominent proponents of ‘homonationalism.’ ‘Homonationalism’ refers to the way that LGBT rights are incorporated into predominantly Western understandings of the nation, premised on the exclusion of ethnic and religious ‘others’ who are seen as threatening to the LGBT community. The author quotes Van Rooy arguing, ‘I hear stories of young women, homosexuals and Jews who don’t dare to go to certain neighborhoods anymore…so we’ve already lost those neighborhoods to Islamic rules of behaviour. I want to fight that.’

Members of Vlaams Belang therefore portray themselves as defending Flemish societal norms, including in this case gender and LGBT equality. In this sense, while the VB adopts the language of social liberalism, they simultaneously employ an othering discourse towards Muslims, and particularly Muslim migrants, which is typical of the PRRP’s nativist ideologies. This approach maintains the party as the ‘masculine’ protector of women.

In the field of family policies, De Lange and Mugge’s 2015 analysis showed that the VB adjusted its policies over time. Whereas the party initially opposed divorce and pre-marital cohabitation, more recently it began to acknowledge difficulties in relationships, facilitate access to divorce and parenting support where necessary, and promote women’s participation in the workplace. In 2019, the VB’s party programme noted that the term ‘the family’ ‘should be interpreted much more broadly than the classical family of the 20th century.’

There has also been a moderation in the party’s use of masculinized images. Where the party used to position itself using images of boxing gloves and brooms (to ‘sweep away’ the competition) the party’s recent materials have focused on images of families and nostalgic, idyllic images of Flanders. One VB MP explained that the party had ‘put away the boxing gloves of the past’ and begun to emphasize ‘social policies.’ Here we can see some ‘demasculinization’ in the VB’s visual semantics.

Whilst in this blog I’ve focused on the populist radical right, politics as a ‘man’s world’ is not exclusive to PRRPs. In fact, many similar patterns can be seen in other political parties. The VB’s nearest competitor, Nieuw-Vlaamse Alliantie (N-VA), is a centre-right party, which has accepted non-traditionalist views on gender equality and LGBT rights. However, the N-VA’s acceptance of these social changes was described by Abts et al. as ‘carefully managed’. Like VB, the N-VA’s approach to social change was one of ‘evolution rather than revolution.’

Furthermore, women were only slightly less represented in VB at local level than its centre-right counterpart the N-VA, with 34% women local executive members as opposed to 39% in the N-VA. In fact, in 2018, only 7% of N-VA branch leaders were women compared to 21% in VB.

N-VA leader Bart de Wever has also been quoted criticising the veil, in a manner similar to how the VB does. He has said: “Those same leftists who were lighting their bras on fire in May of 1968 are now embracing the veil as a symbol of equality…People want to destroy Christianity but accept everything when it comes to Islam.” This comparison corroborates one of Spierings and Zaslove findings. They argue: ‘it appears that PRR parties, with respect to sex and gender, are in many ways simply a more radical version of centre-right parties.’

While it makes sense to highlight the underrepresentation of women in populist radical right parties, it is important to recognise that this underrepresentation does not necessarily set these parties apart from others on the right. Hence treating PRRPs as abnormal is not conducive to better research. Furthermore, moving beyond descriptive criteria around gender to consider gendered activism, policies, and images in populist radical right parties may provide a more nuanced view of these presumed ‘men’s parties.’

Dr. Judith Sijstermans is the Populism in Action Project’s Flanders focused Research Fellow. Her Research looks at the region’s Vlaams Belang political party. You can follow Judith on Twitter here.