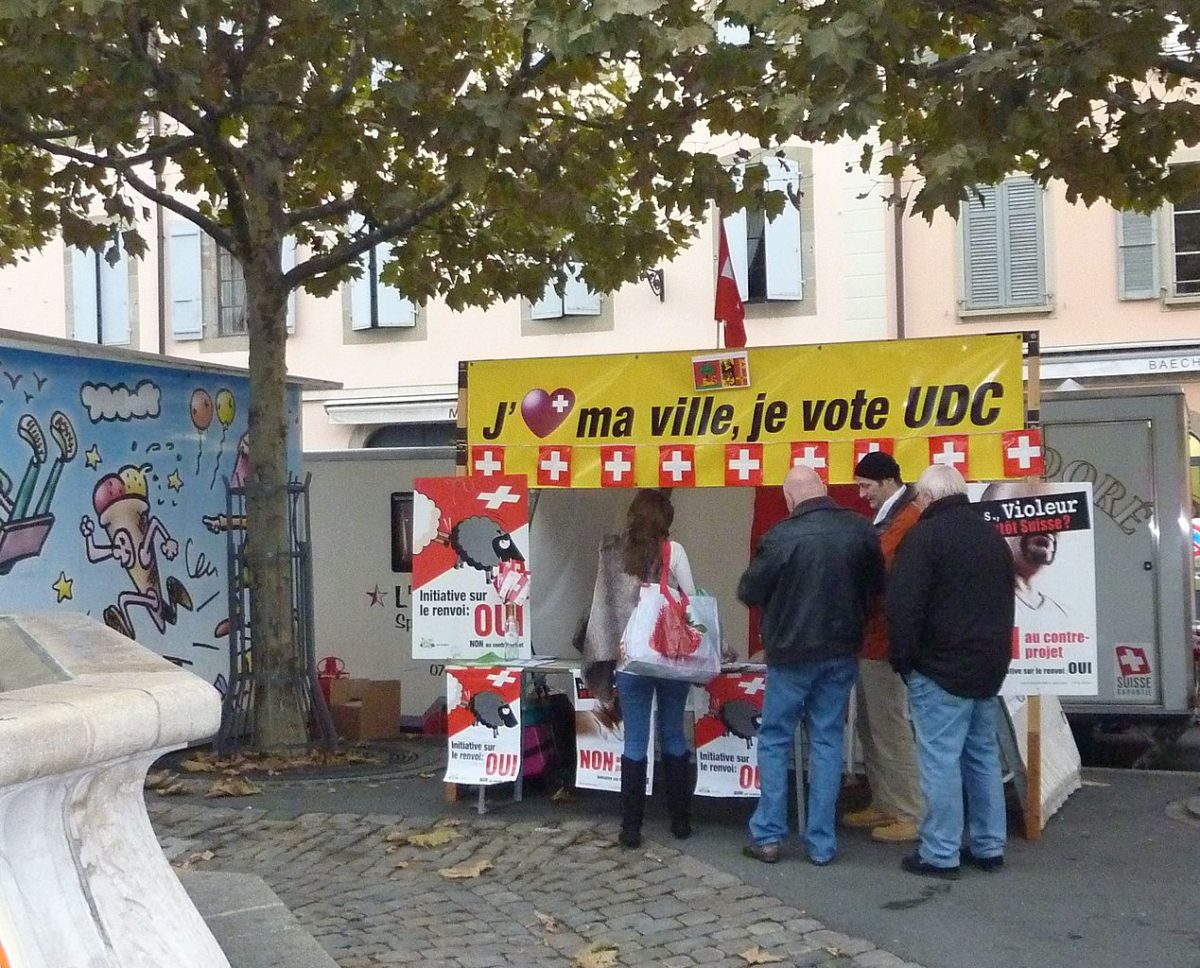 Current academic literature depicts the Schweizerische Volkspartei/Union démocratique du centre (SVP/UDC, Swiss People’s Party) as one of most successful populist radical right parties (PRRPs) in Western Europe (Stockemer 2018). From the 1990s onwards, the party’s de facto leader Christoph Blocher and his political allies in the influential Zurich Wing changed the SVP’s organisational structure, striving for greater centralisation and ideological internal coherence. As a result, the SVP enjoyed growing electoral success for many years since the mid-1990s.

Despite the party’s electoral gains and ability to mobilise its members, the extent to which national party leaders can concentrate power vis-à-vis the party’s cantonal branches remains a matter of contention (Mazzoleni and Rossini 2016). The SVP’s cantonal and local branches have retained some degree of autonomy due to the highly decentralised Swiss political system. Recent internal developments and structural changes at the party’s national level seem to have accentuated organisational and programmatic disagreements between the national organisation and regional branches, and may hamper recruitment and mobilisation of members.

My article in the forthcoming Populism in Action Special Issue argues that the dominance of federal party institutions and its highly centralised organisational structure could augment tensions between the SVP’s national organisation and its sub-national branches. Based on interviews with SVP representatives from three cantonal branches (Zurich, Bern, Geneva), I explore three key areas, which need to be addressed by the national leadership to avoid alienating sub-national branches. By exploring the cantonal representatives’ opinions on the party’s rootedness on the ground and its centralised organisational setting, as well as its activities, my article offers a thorough analysis of these matters of contention.

Cantonal and local branches are instrumental in guaranteeing the SVP’s rootedness across the country. Local branches provide a direct linkage between the party and its members, and are the best way of attracting supporters. By relying predominantly on social activities and personal communication, branches mobilise voters by offering them a clear message and ideology, as well as the opportunity to become part of a community of people sharing the same ideas and values. To maintain the party’s mass support and electoral success, local branches need to be strengthened and supported by the national organisation, without ignoring cantonal autonomy and local idiosyncrasies.

Parties benefit from active supporters and a large membership base. Active members are important for electoral success, especially for communicating the party’s message within their communities. However, such a system requires the identification of the members with the party’s ideology and core issues. They have to relate to the Lebenswelt (life world) of party supporters for them to feel motivated to engage. Existing core topics, such as restricted immigration, independence from EU influence, and strengthening the middle class have been effective in mobilising their existing base and to strengthen cohesion within the party. Nevertheless, many SVP representatives claim that the party lacks focus on topics that matter locally, such as health care and child support. They argue that this has hampered further growth of an active membership base.

In recent years the SVP has increasingly centralised power in the national leadership. Organisational changes ensured that the Central Committee acquired more responsibilities, whilst electorally successful cantonal branches were granted more delegates to the National Delegate Assembly, and a newly created Party Executive Committee (Parteileitungsausschuss) became solely responsible for the party’s daily business and national campaigns. According to the party’s statutes, cantonal branches still possess organisational autonomy but not all cantonal branches are equally influential. Smaller cantonal branches and Delegate Assemblies have rather limited influence on preliminary decision-making processes regarding the development of strategies and programmatic proposals.  In reality the national party leadership and representatives from larger cantonal branches formulate the party’s ideological direction and make strategic planning decisions. Addressing this democratic imbalance would make the party more inclusive and ensure broader support for organisational changes and programmatic decisions.

Overall, a centralized national organization and the provision of a clearly articulated ideology has enabled the SVP to attract members and mobilize activists. However, further centralization of decision-making may erode the ties between the national leadership and cantonal branches. The further growth of the party and its capacity for mobilisation might depend on the national leadership investing in rootedness on the ground, the development of mechanisms which increase inclusion of branches, and an extension of its key topics, for members to feel compelled to engage with them. To maintain its status as one of Europe’s most successful PRRPs these current tensions have to be addressed and resolved.

Dr. Adrian Favero is the Populism in Action Project’s Switzerland focused Research Fellow. You can follow him on Twitter here.