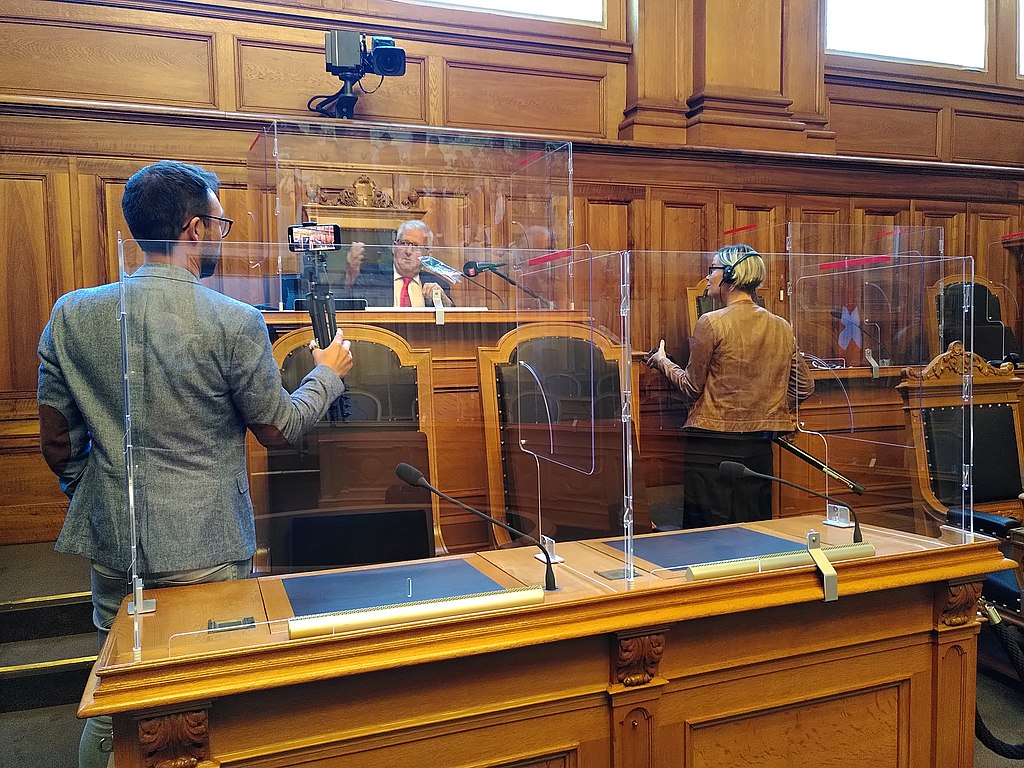 This article originally appeared as “How COVID caused the Swiss far right to tie itself in knots” on The Conversation on 29/03/21. It is reproduced here with full attribution and the consent of the author.

The first COVID-19 case was reported in Switzerland on February 25 2020. Soon after, the country experienced alarmingly high rates of the disease. The Swiss population moves around a lot, crosses borders with neighbouring countries regularly and lives in concentrated areas, none of which helped matters.

On March 11 2020, the World Health Organization classified COVID-19 as a worldwide pandemic and five days later, because of the “rapidly worsening” outbreak, Switzerland declared an “extraordinary situation” under the Epidemics Act. This declaration allowed the government to order necessary measures to contain the spread of the virus without approval from parliament.

All private and public events were banned; restaurants, bars, leisure facilities, non-essential shops and most schools had to close. The government also introduced checks on the borders with Germany, Austria and France and deployed around 8000 military personnel to help with logistics.

Switzerland has a decentralised, federal political system. The country has also been characterised as a “consociational democracy” in which a grand coalition of the four largest parties forms the government. This solves political conflicts by negotiation and broadly based compromises. The concepts of democratic inclusion and participation are also held in high regard. Against this backdrop, the federal government’s invocation of exclusive power was a controversial one.

All this means that Switzerland became an excellent case to study for understanding how a global health crisis affects the stability of well-established democratic institutions and shifts political debates.

The largest of Switzerland’s four major parties in the government, the Swiss People’s Party (SVP) is one of Europe’s strongest and most successful far-right parties. Since the 1990s, the SVP has shifted further to the right and has, in the process, progressed from appealing largely to conservative voters in rural areas to becoming a national force. It is anti-immigration and anti-EU integration.

The SVP occupies an unusual position in that it holds two of the seven seats on the Swiss Confederation’s federal government but continues to aggressively promote itself as the opposition to the political establishment. This balancing act has become particularly challenging during the pandemic.

At first, the four governing parties found themselves surprisingly united on introducing restrictions. However, this unity did not last long. True to its strategy of being both part of the government and the opposition, the SVP quickly changed direction. The party bemoaned the negative impact lockdown was having on the Swiss economy and instead demanded stricter border controls to prevent the spread of the virus. At the same time, it criticised the government’s general handling and management of the crisis, increasingly targeting the federal minister for health (from the Social Democratic Party).

Undoubtedly, some of the SVP’s criticisms were justified. The pandemic has revealed how trying it is for a government to steer a coherent course and communication when a country faces unexpected circumstances. This is even truer for a federal system with sub-national political entities. In Switzerland, each region (canton) has fiscal autonomy and significant devolved powers. And each of the 26 cantons has a different view of how to tackle the crisis, depending on their economic and cultural circumstances. What works for Geneva may not work for Zurich.

After a significant period of public support, scepticism began to really set in by the time of the second national lockdown in late October 2020. And yet people wanted more, not less central control over decisions.

In response, the SVP intensified its criticism and went as far as accusing the federal government of “introducing a dictatorship” – a surprising accusation from a party with two representatives in that same government and the most seats in parliament. What the SVP hoped to achieve with this strategy remains something of a puzzle.

Half in, half out

Radical-right leaders leaders and parties around the world have responded in different ways to COVID-19. Some political scientists argued that their responses depend on their position in each respective political system. If they are in power they are likely to enforce strict measures and if they are in opposition, they attack strong measures from the government.

The SVP occupies both positions, resulting in a meandering approach accompanied by an increasingly radical rhetoric in line with its ideological views. The attacks eventually culminated in questioning the Swiss consociational system itself – which, in turn, forced one of the SVP representatives in the Federal Council to publicly defend  the status quo.

Ultimately, amid all this confusion, it is difficult to say whether or not this strategy has benefited the SVP. On the one hand, it allowed the party to strengthen its own populist profile, to be visible in the media, and to act as the defender of the public interest and the national economy. On the other, the SVP’s campaign against the government has made it look a rather ineffective partner in a grand coalition government.

The SVP’s troubles may be tied to Switzerland’s unique political system but they also speak to a question that resonates with radical-right parties everywhere: once you’ve found success as an outside agitator, what do you do once you become part of the establishment?