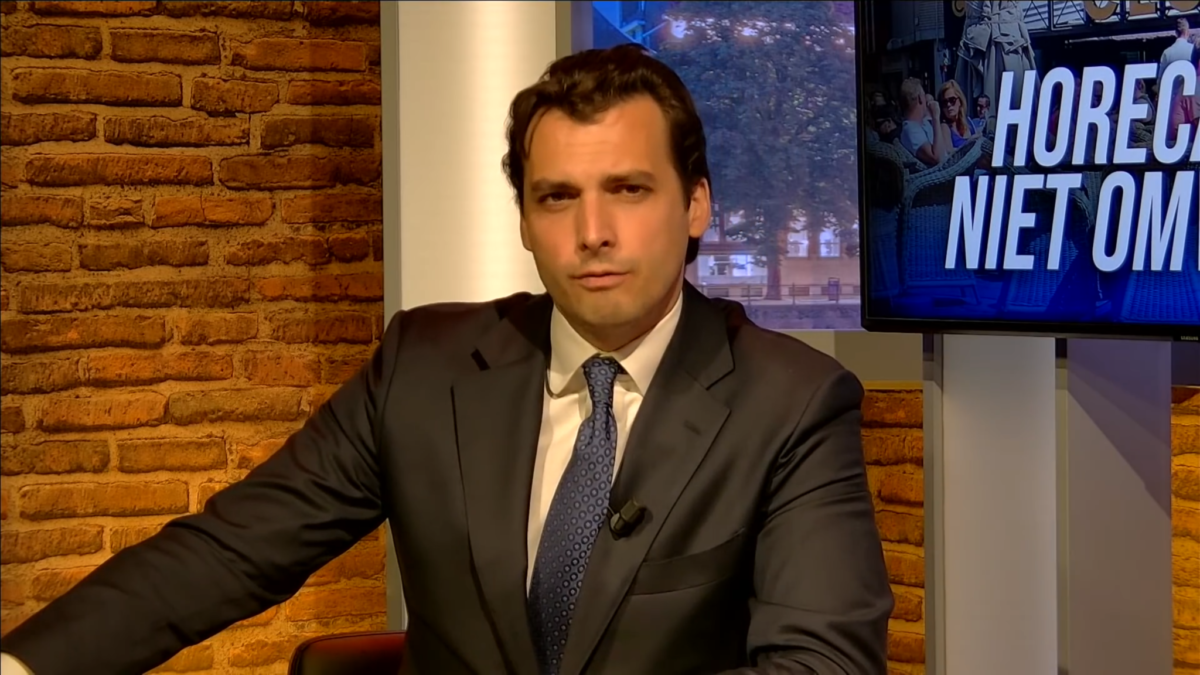 Once known for its progressivism and social tolerance, the Netherlands long seemed ‘immune’ to far-right tendencies. However, since the turn of the 21st century, the country has witnessed the rise of several influential right-wing populist parties, including the Lijst Pim Fortuyn (LPF), Geert Wilders’s Freedom Party (PVV) and, most recently, the Forum for Democracy (FvD), led by flamboyant far-right newcomer Thierry Baudet.

The rapid ascent of the FvD was remarkable by any measure. Founded as a Eurosceptic think tank in 2015, the party won two of the 150 seats in the Dutch House of Representatives after garnering 1.8 percent of the vote at the 2017 general election. Two years later, the FvD became the largest party in the Dutch Upper House after winning nearly 16 percent of the vote at the 2019 provincial elections. In January 2020, the party announced that it had become ‘the biggest party in the Netherlands by membership’, thereby surpassing traditional mass parties, including the Labour Party and Christian democrats.

The FvD’s success story was offset in November 2020, when the party succumbed to infighting. The implosion resulted in a massive exodus of (senior) party members as well as a more general loss of public support. Whilst the future of the party is currently uncertain, it seems fair to state that the breakthrough of the FvD initiated a new phase in the history of right-wing populism in the Netherlands, characterised by the normalisation of the far right in the public sphere and competition within the populist radical right party family. Indeed, since 2017, two far-right parties have parliamentary representation in the Netherlands: the PVV and the FvD.

But what exactly characterises the FvD? How does it differ from Wilders’s PVV? And why did it implode? This contribution provides an overview of the parliamentary far right in the Netherlands run-up to the 2021 general election.

The FvD in Comparative Perspective

Just like the PVV, the FvD is commonly classified as a populist radical right party, characterised by authoritarianism, nativism and populism. As such, both parties are staunchly anti-immigrant and deeply Eurosceptic. There are however, some key differences, particularly with regards to their electorate. For instance, in contrast to PVV supporters, FvD voters tend to be more highly educated and economically right-leaning (in the sense that they favour a less egalitarian income distribution).

Turning to the supply side, there are also noteworthy differences between the two parties and their leaders. Officially, the FvD was set up as a conservative party, with the aim of improving the general state of democracy in the Netherlands by ‘breaking the party cartel’ and giving Dutch voters more of a say in the decision-making process, notably by introducing binding referendums, popular initiatives, directly elected mayors and e-democracy. In fact, in its early days, the FvD presented itself as a more moderate and socially-acceptable right-wing alternative to the PVV. Over time, however, it became increasingly obvious that the FvD had tacked to the far right. How did this happen?

The short answer is that the more extreme right elements were present from the start. The term ‘far right’ is generally used as an umbrella term to refer to a broader range of parties on the right end of the political spectrum and includes radical (democratic) and extreme (anti-democratic) parties. The FvD has blurred these lines. Soon after the party’s initial electoral breakthrough in 2017, tensions emerged between different factions within the party. In the internal battle over the party’s ideological course, the more radical and, at times, extreme right undercurrent prevailed.

It is useful to differentiate between the comparatively ‘moderate’ official party manifesto and the more radical and, at times, extremist messages broadcast by the party leader, Thierry Baudet, who is considerably more radical than his far-right predecessors – including Pim Fortuyn and Geert Wilders. While Wilders has focused most of his nativist agenda on the preservation of Dutch culture (notably by opposing Islam), Baudet has made blatantly racist comments. For instance, in 2015, Baudet already expressed his wish for a ‘predominantly white Europe’, and in 2017, he warned about the alleged ‘homoeopathic dilution of the Dutch population’ with people from other cultures, thereby drawing upon the extreme-right Great Replacement conspiracy theory.

The difference between Wilders and Baudet was further illustrated by their respective responses to the recent storming of the US Capitol. While Wilders was quick to distance himself from the attack by underling his commitment to democracy, Baudet shared a tweet he had originally posted in 2016, stating Trump ‘would be a great leader for the West as a whole’ – although he later removed the tweet and denied having posted it in the first place. In light of the public statements made by the party’s leader, the FvD might best be described as an extreme right party. This also partly helps to explain the party’s implosion.

The Fall of the FvD

The collapse of the FvD occurred in several phases. The party’s descent in the polls started in the summer of 2019, when the party’s co-founder and senator Henk Otten was expelled after publicly accusing Baudet of ‘pulling the party too far to the right’. In 2020, the FvD lost credibility when Baudet (who had initially pushed for stricter lockdown measures) became a vocal ally of anti-lockdown protests and voiced support for COVID-19 conspiracy theories. In November 2020, renewed allegations of anti-Semitic, homophobic and racist messages being spread on internal message boards in the party’s youth wing surfaced in the media, after which underlying tensions in the party’s leadership erupted into a public dispute.

In an attempt to ward off mounting pressure to distance himself from allegations of extremism, Baudet renounced his position as lead candidate for the 2021 general election, but subsequently backtracked his decision to resign. Having hijacked the FvD’s official social media channels, Baudet announced that he would be organising a ‘binding referendum’, asking members to decide on his fate as party leader. In response to this move, several prominent party representatives including elected officials and election candidates renounced their membership. On 4 December 2020, the FvD announced that 76 percent of the party’s 37,000 members had voted for Baudet, thereby putting an end to the leadership struggle. The internal dissention caused the FvD to plummet in the polls from approximately 17 percent in March 2019 down to approximately 2 percent in December 2020.

The Far Right in the Run-up to the 2021 Election

The big winner from all this appears to be Geert Wilders, for whom the chaos in the FvD came at a perfect moment in time, as the Netherlands is gearing up for elections in March. Indeed, the loss of support for the FvD was mirrored by a resurge in support for the PVV, which currently polls in second place, right behind Prime Minister Mark Rutte’s centre-right People’s Party for Freedom and Democracy (VVD). As Cas Mudde has observed, ‘as another “intellectual” far right contender bites the dust’ (thereby echoing the electoral trajectory of Pim Fortuyn), it appears that ‘the boring “common” far right mainstay picks up the electoral debris and gets ready to take center stage once again’.

The more serious consequences of the rise and fall of the FvD is the normalisation of the far right in the public sphere. With his extremist remarks and behaviour, Baudet has pushed the boundaries of what is considered ‘acceptable’ even further than those before him. There is a possibility that Geert Wilders’s PVV will now come to be seen as a moderate, relatively ‘mainstream’ alternative to the FvD. A quick glance at the PVV’s 2021 manifesto indicates that the party wants to close borders to all migrants from Islamic countries, send back Syrian asylum seekers, close down all mosques and outlaw the Qur’an, thereby confirming that Wilders has retained his radical edge.

It too soon to make definite predictions on the outcome of the 2021 general election. What is interesting, however, is that current polling estimates actually look quite similar to the political landscape at the time of the previous elections, in March 2017. While some had expected (or hoped) that the pandemic would fundamentally stir the fault lines in European politics, the current Dutch political landscape seems relatively ‘stable’. This is all the more surprising in a country in which party politics has become increasingly fragmented and volatile over the past decades.

This piece of original analysis for the Populism in Action Project, is a guest post kindly written by Dr. Léonie de Jonge of the University of Groningen who is an expert on populist radical right and extreme right politics in the Benelux countries. You can follow Léonie on Twitter here.