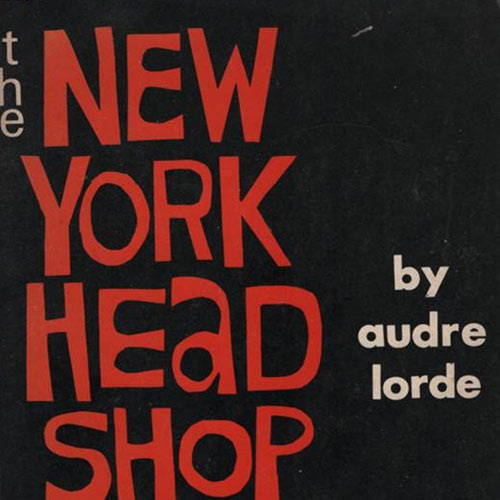 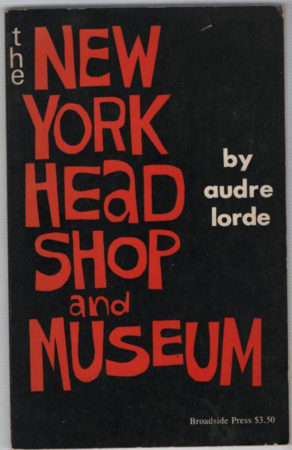 Sara Ahmed observes that Lorde’s writing is ‘personal testimony as well as political speech’ and that she ‘made life itself a political art, an art which you must craft from the resources that you have available’. One of her most crucial resources was New York, the place where she was born and where she lived for signiﬁcant periods of time. Her 1975 collection New York Head Shop and Museum (now out of print but available as part of her Collected Poems),  is both a portrait of the city as it slid into dereliction in the 1970s and a metaphorical act of taking to the streets in order to reclaim space and assert the existence of the marginalised. A glance at the contents list indicates the extent of New York’s critical role in the collection –titles include ‘New York City 1970’, ‘To Desi as Joe as Smoky the Lover of 115th Street’, ‘A Sewerplant Grows in Harlem’, ‘A Birthday Memorial to Seventh Street’, ‘A Year to Life on the Grand Central Shuttle’, ‘A Trip on the Staten Island Ferry’ and ‘Memorial III from a Phone Booth on Broadway’. The poems themselves are ﬁlled with references to a wide range of identiﬁable places all over New York, including the subway, the Staten Island Ferry, East Side Drive, Wall Street, Fourteenth Street, Riverside Drive, Brighton Beach Brooklyn and 125th Street and Lenox. The city that emerges from New York Head Shop is overwhelmingly deﬁcient but richly lived, containing occurrences of horror, heartbreak and sometimes happiness.