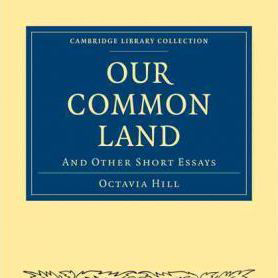 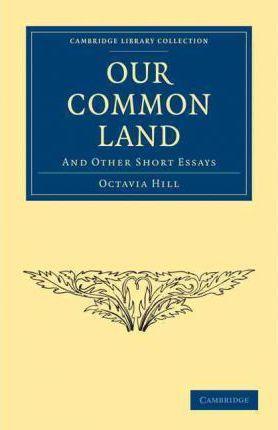 Octavia Hill was a housing reformer, active campaigner for open space preservation, and co-founder of the National Trust. This collection of Hill’s public-facing lectures and articles covers topics ranging from her principles on charity to commons preservation, largely stemming from her housing work in London’s poor neighbourhoods. In her papers on open spaces, Hill described how paths and commons were being closed to the public, just as people increasingly depended on open space in the context of a rising urban population. The collection captures a crucial period in the history of public access to green spaces, and can be read in the context of a broader open space preservation movement which led to the establishment of the National Trust in 1895.

Hill’s papers combined legal, political acumen and practicality with a humanity and appreciation for the value of beauty, leisure and rest in people’s lives. While some of Hill’s approach was of its time, a spirit of commonality nonetheless permeates her work; green, open spaces were for Hill a common possession of rich and poor alike. She urgently called on public and parliamentary opinion to protect commons from enclosure and provide accessible green space in cities, for the health and soul of present and future generations.