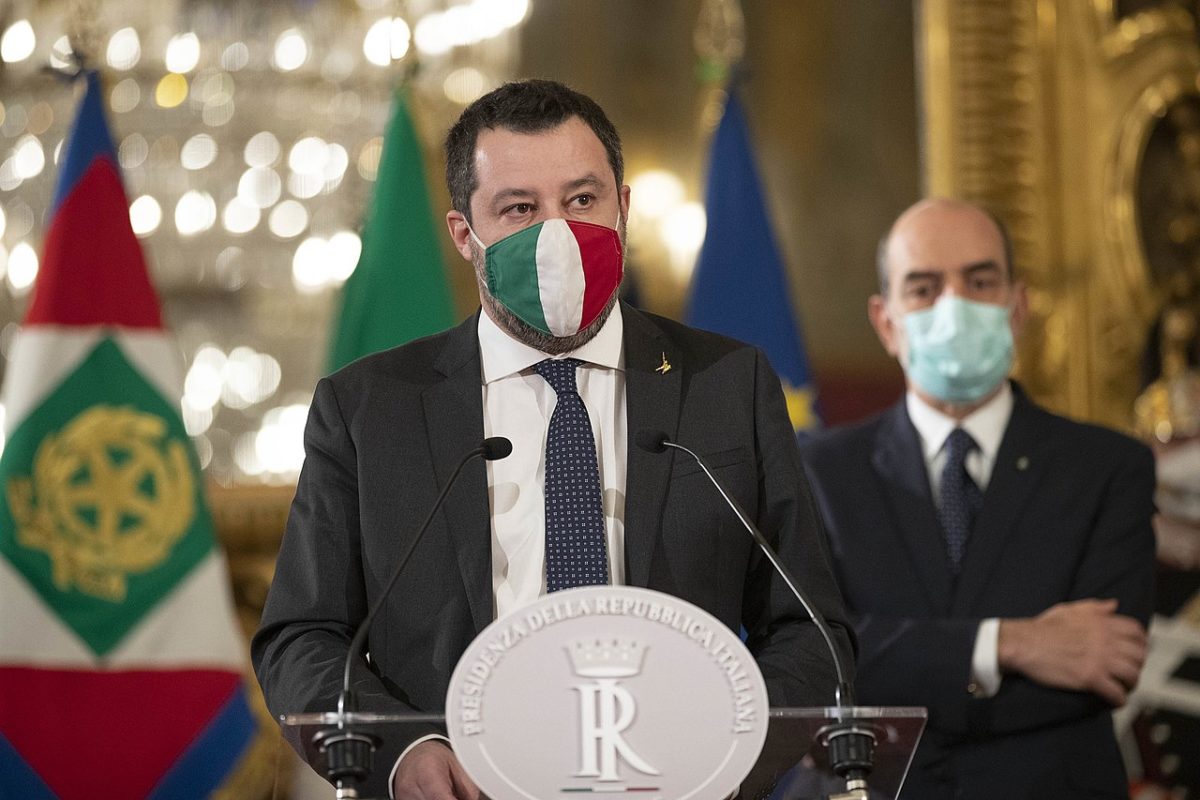 Donatella Bonansinga will be presenting the research which underpins this blog post (co-written with Populism in Action’s Dr. Daniele Albertazzi and Mattia Zulianello) at the 6th Prague Populism Conference on 18th May 2021 between 14:30 and 15:30 (Czech time). You can watch the conference live feed here.

The Italian populist right had already changed significantly since the 2018 elections reconfigured its relations of power.

After decades of Silvio Berlusconi’s dominance, the League led by Matteo Salvini became the coalition’s biggest force. Berlusconi’s Forza Italia was sidelined with 14% support, further shrinking to 8% in the 2019 European Parliament elections. A third party, Fratelli d’Italia (Brothers of Italy), became the coalition’s minor force, gaining more than 4% of votes in 2018. Its support grew exponentially, and the party effectively displaced Forza Italia.

Then the pandemic arrived.

Politics in the Time of COVID

When Coronavirus infections began their spread across Italy in February 2020, the three parties of the Italian populist right positioned themselves cautiously vis-à-vis the national Government. They were well aware that Italians were rallying around Prime Minister Giuseppe Conte at a moment of acute crisis.

While the populist parties turned Europe into a key element of debate, they did so in starkly different terms. The more radical forces — the League and Fratelli d’Italia — attacked the European Union for its inability to help Italy, insinuating that supranational institutions were conspiring to damage the Italian economy. In line with their nativist ideology, both cast blame for the virus upon Chinese nationals and immigrants and amplified the narrative of strong border protections.

Berlusconi also diverted the debate towards the EU, but he did so with a positive welcome of European efforts during the early phases of the pandemic. The former Prime Minister had already begun distancing himself from the more radical tone of his allies since the 2019 European Parliament elections. He is using the pandemic as a further opportunity to present himself and his party as a responsible, non-populist force.

After the dramatic first wave in Italy and the movement of the virus throughout Europe, the economic and social impact of the pandemic was evident. EU member states agreed on an unprecedented mutualization of debt, the Recovery Fund.

Presented again with the opportunity to mobilize the EU as a focus of debate, the populist coalition only displayed a lack of unity. The League dismissed the Fund. Fratelli d’Italia remained cautiously sceptical. Both continued their nativist trope of illegal immigrants spreading the virus. In contrast, confirming his strategic Europhile-turn, Berlusconi celebrated the Fund’s approval.

At the end of 2020, the League declined to 24% in the polls, from a peak of 34% in the EU elections. Fratelli d’Italia had become the third-biggest force in Italy, pushing aside the “hybrid” populist Five Star Movement which is in government with the center-left Partito Democratico. It also relegated Berlusconi, once the indisputable leader of the coalition, into a minor player with Forza Italia polling at around 7%.

Despite these significant changes, the coalition projects important elements of continuity, especially in terms of its political message and overall support. It is still a populist force counter-posing a virtuous Italian people against distant and harmful elites in Rome and Brussels. Despite Berlusconi’s softer tones and newly-found affinity for the EU, the coalition still dominates the agenda with immigration, anti-EU, and law and order themes.

The political message is shaped by populism, nativism, and Euroscepticism as it was when Berlusconi founded the coalition 20 years ago. This is a consistent political offering with a stable support remaining well above 40%.

Despite some reshuffling and new sources of division brought by the pandemic, the coalition is in good electoral health and can count on a winning formula for the foreseeable future.

Donatella Bonansinga is a PhD student in the Department of POLSIS at the University of Birmingham. You can follow her on Twitter here. In addition to the conference presentation on this topic, her research with Daniele Albertazzi and Mattia Zulianello has been published as “The right-wing alliance at the time of the Covid-19 pandemic: all change?” in Contemporary Italian Politics.

This blog is co-published with EA Worldview