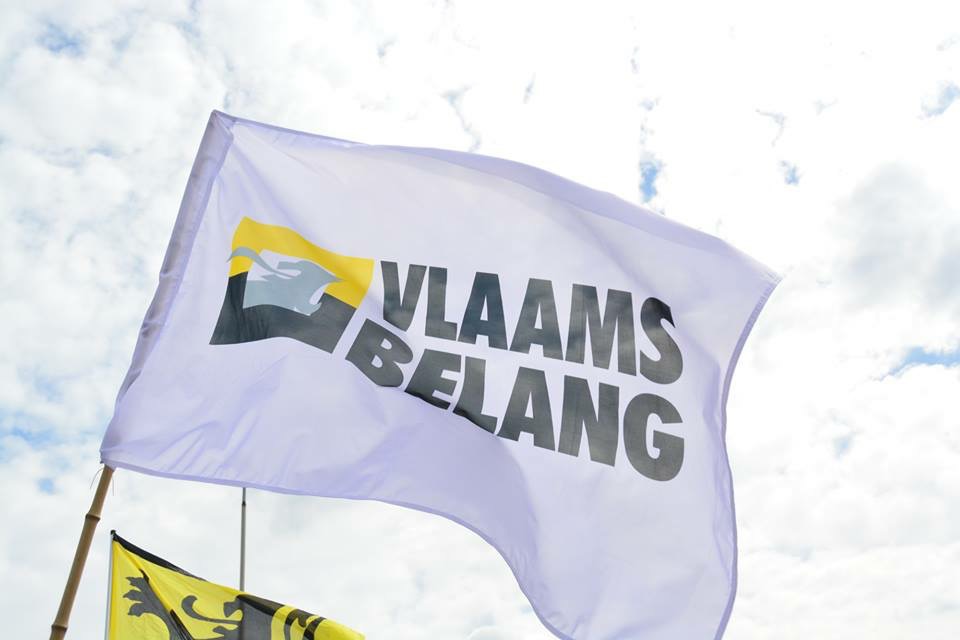 That election yielded polarized results in which French-speaking Wallonia voted left and Flanders voted right-wing and separatist. The final coalition, bridging that divide, brings together Flemish and Walloon liberals, socialists, Greens, and the Flemish Christian Democrats.

However, it isn’t only coalition talks that kept Belgium’s mainstream party leaders awake at night. Opposition to the new government has begun to ramp up and has been particularly fervent from Flanders’ populist radical right and independentist party, the Vlaams Belang (VB, Flemish Interest).

The party depicts the new governing coalition as unrepresentative of Flanders and its right-leaning electorate, given that the government has a Flemish minority and excludes Flanders’ two largest parties: the Nieuw-Vlaamse Alliantie (N-VA) and the VB.

The VB amassed large crowds on September 27 in a “protest drive” with cars full of supporters driving to Brussels from Flemish provinces. The event rounded off a week of action, including a blockade of a key Brussels street. This earlier event was led by VB representatives and saw MEP and former leader Gerolf Annemans detained by police.

The week of action displayed the VB’s ability to activate not only party members but informal party supporters. VB leaders at the rally emphasized their calls for a united “Flemish front” against the government. By doing so, they are leveraging their mobilization of supporters for a stronger position against both the governing political parties and their closest Flemish competitor, the N-VA.

MOBILIZING MEMBERS AND THE MASSES

By mobilizing a reported 15,000 supporters at the “protest drive”, the VB demonstrates that it can meet challenges which have affected political parties generally and the VB specifically.

The VB was reported in 2018 to have just over 18,000 members. This was considerably less than most Belgian parties, but it was a small increase over 2013, while mainstream Belgian parties’ memberships continued to fall.

Amid a series of significant electoral swings since 2000, the VB must seek ways to connect with and hold onto informal new supporters. To this end, it has become social media savvy, building up almost 600,000 likes on Facebook (200,000 more than the N-VA).

Party representatives and organizers note that the majority of party communications occur on social media, targeted at this wider audience rather than solely members. At the September 27 rally, VB leader Tom van Grieken emphasized the party’s wider audience: “This meeting is already larger than just a meeting of the Vlaams Belang. You can feel it. This is growing into a movement.”

Supporter mobilization is sometimes hindered by the overall societal decline of organizational membership and the division between online and in-person activism. In interviews, party representatives reported that getting supporters out from behind computer and mobile phone screens was a challenge, with a reduction in local events, in part because members could easily access information online. Others explained that young VB voters, whose support aided the party’s 2019 election success, were not engaging with the party through in-person campaign activities. So, as well as expanding its online presence, the VB is seeking to support local structures by establishing branches in municipalities currently without one, and providing these branches with mentorship by MPs, and allowing them to maintain all local membership money.

The September 27 rally exemplifies the VB’s two-pronged approach of developing local structures and social media. The event was promoted on Facebook, Instagram, and Twitter, with professionally-produced videos featuring figures like van Grieken. Through these online platforms, organizers encouraged attendees to add the party’s phone number on Whatsapp which then directed participants to local meeting points. By transitioning social media to more personal communication, the party mobilized informal supporters. In a local context, organizers could connect with supporters personally rather than only coming together in anonymity in Brussels. The national party maintained centralized control of the process and a national message with the hashtag #NietMijnRegering (Not My Government).

The Vlaams Belang’s mobilization, in opposition of the new government, was not aimed only at those 15,000 attendees or at the coalition parties. A demonstration targeting the new government was also trying to attract voters from the N-VA.

I respect everyone’s way of protesting against a government without democratic legitimacy in Flanders. I’ll keep my firepower for next week’s debate in the Chamber….Good luck.

However, N-VA leader Bart De Wever said of a possible coalition with the Vlaams Belang, “It is not exactly an attractive prospect, because you are dealing with an extreme right-wing party that is not immediately trying to moderate itself.”

At the rally, the VB explicitly appealed to members of other parties to join a “Flemish front”. MP Dries van Langenhoven noted, “Welcome to all loyal militants….But also welcome to everyone who comes out on the street for the first time, to the many N-VA supporters and Open Vld and CD&V supporters present here, it is nice to see that the Flemish front forms when the need is great.”

Let’s bury the hatchet. Change can only happen if Flemish people work together….

We are not without fault either, but scolding Vlaams Belangers will not help anyone. You have compared us to turds lying in front of someone’s door. I was called a buffoon… Dear Bart, in this way, we are not going to get there.

These overtures to the N-VA and to N-VA supporters position the VB, rather than its larger and more mainstream competitor, as the leader of the Flemish Front. It also hints at the mobilization of action by the VB, not the N-VA, in advance of the government’s formation.

These overtures to the N-VA and appeals to N-VA supporters position the VB, rather than its larger and more mainstream competitor, as the leaders of the Flemish Front. On 27 September, the VB put its strategies of local organizing and social media to the test. The success of the rally provides an indication of how the VB, not the N-VA, are able to mobilize action from Flemish nationalist and right wing voters.

Despite the ostensible focus on opposing the new government, the VB leveraged its ability to mobilize supporters to make a bolder claim: staking the VB’s place as the leading voice of Flemish nationalism.