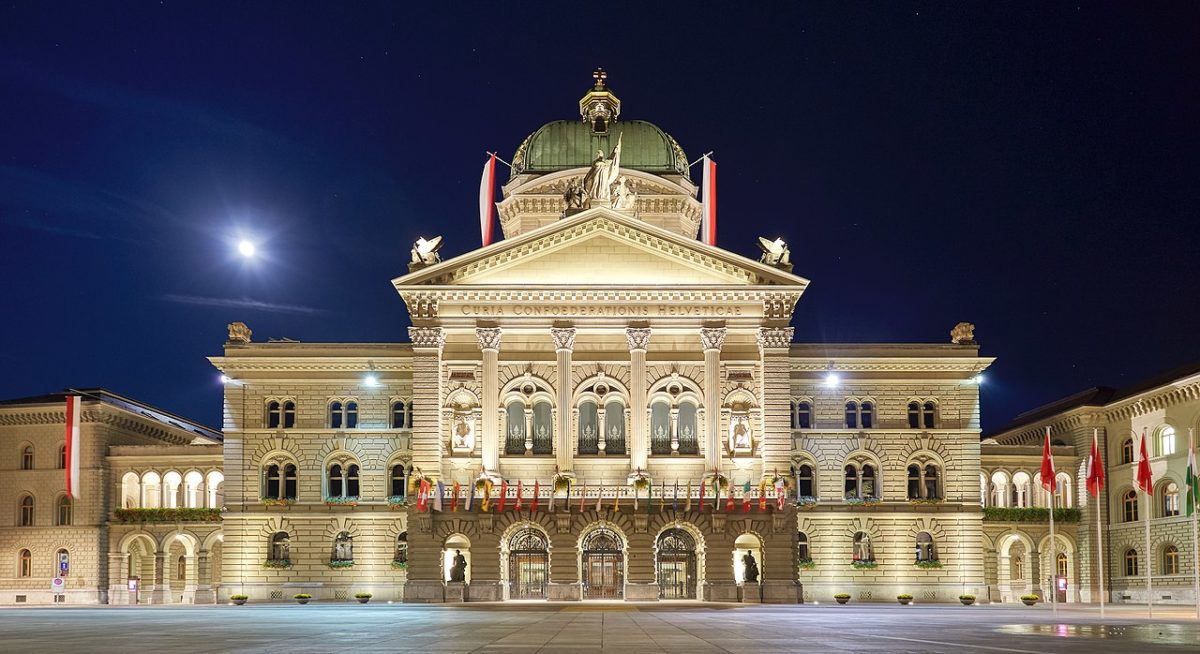 On October 20, about 5.3 million eligible voters in Switzerland were asked to elect the new Parliament. About 45.1% cast ballots, a turnout slightly lower than in previous years.

As several forecasts predicted, the major parties lost votes and the two green parties – the Greens and the Green Liberals – gained seats. However, some results were rather surprising, as the new distribution in the National Council, the Lower House of the Swiss Parliament, testifies. 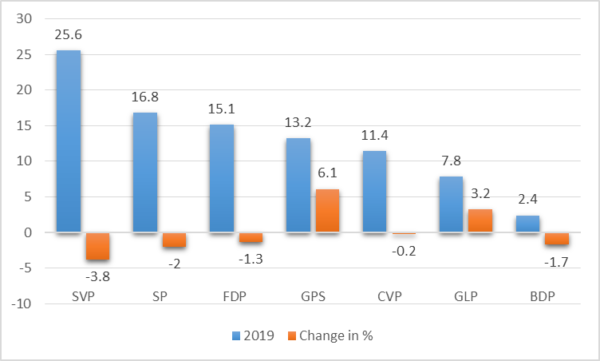 As predicted, almost all over the country, more people voted for green parties than in 2015. But the anticipated green wave turned out to be a green tsunami.

The Greens (GPS) almost doubled their votes, surging by 6.1% to a 13.2% share, and gaining 17 seats in the National Council. This was an unprecedented surge in representation, topping the record of 15 additional seats, set by the right-wing populist party Swiss People’s Party (SVP) in 1999. The Green Liberal Party (GLP) also exceeded expected results, with a gain of 3.2% and nine more seats.

The current debate on climate change and the green parties’ “competence issue ownership” — as noted in my pre-election summary — motivated many citizens in the casting of their votes. The extent to which the so-called “Greta effect” will permanently change the party landscape remains to be seen, but it inevitably leads to discussion of a potential re-configuration of seats in the government.

But political shifts move slowly in Switzerland. Although the Greens have replaced the Christian Democrats (CVP) as the fourth biggest party, they may not be able to claim representation in the Federal Council for two reasons.

First, the Greens are not as well represented in the Council of States, the upper chamber, as they are in the National Council. Second, parties are usually expected to consolidate their election results, and these results are often reflected in the government only several years (or even decades) after electoral gains in the Parliament.

The National Council now has 84 women, 42% of the chamber. Switzerland is now second in Europe, behind Sweden, in women’s representation in the legislature. 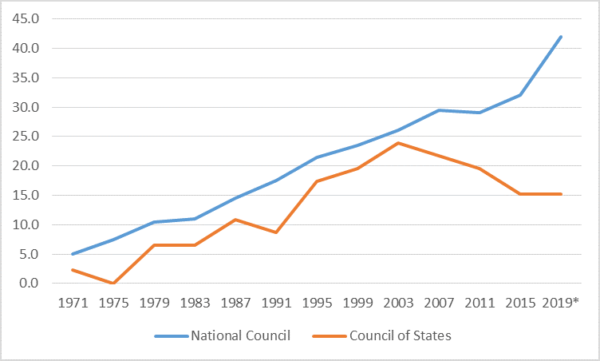 In previous elections, it was usually parties on the left that fed the increase in women’s representation; however, in 2019, the share rose on both right and left. The proportion of women legislators in the Radical-Liberal Party (FDP) rose from 21.2% to 35.7%. The share in the SVP increased from 16.9% to 24.5%.

Losses for SVP and Social Democrats

The SVP suffered the greatest decline of all major parties. Never before has a party lost 12 seats, amid a fall in vote share by 3.8% for the populist party.

However, the SVP remains the strongest power in the National Council. And the second-placed Social Democrats (SP) suffered its worst result since the introduction of proportional representation in 1919. A post-election survey found many citizens who traditionally voted for the SP switched to one of the green parties.

With the shifting party landscape, new co-operation between the Greens, the CVP, and the SP will be likely, aligning against an SVP which is still the largest party in Parliament.

However, it remains to be seen how this new constellation deals with unfinished issues such as health insurance costs and the future relations with the European Union.

It is too early for clear predictions — and we still await the second-round results in the Council of States, the upper Parliamentary chamber.