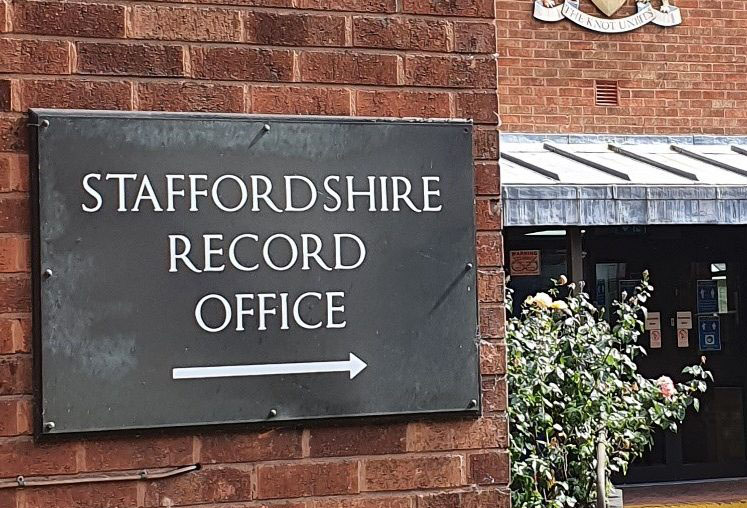 As the country begins to open up, so are the nation’s archives. While not every library, county records office, museum or any other form of heritage centre is fully accessible yet, many have been running controlled opening hours for months. I decided to take advantage.

I joined the Border Crossings project in May, working on a project which relies heavily on archival research. My first task has been to investigate Leagues of Hospital Friends. These are charities attached to hospitals which provide money and volunteering services to patients and staff. Many were formed in the earliest years of the NHS, drawing from the voluntary networks that surrounded the pre-1948 hospital system.

A few of these groups have deposited their correspondence, minutes and accounts in county records offices. So, being based in Birmingham I thought: why don’t I take a look at Midlands archives and see what I can find?

Arranging trips has not been impossible, but it has not been as convenient as it was with my last research project (where my archival research conveniently drew to a close in late 2019). My previous work has been heavily based on The National Archives, so having to take small bites out of several local repositories was a new experience for me. Trying to learn how to do so at the (hopefully) tail end of a global pandemic was, in hindsight, sub-optimal. However, I still managed to get a lot of useful material.

Most archives have been running appointment systems, with limited slots across the week and restrictions on how many people can be in the reading room at any one time. Choosing to research the Midlands allowed me some flexibility – even the furthest archives are only about an hour from Birmingham New Street – but it did require a higher level of co-ordination than normal.

Thankfully, most collections have become more tolerant of allowing photography over recent years. This meant I could use my shorter appointments to furiously click away and get copies of all the material I needed. I could then read it all in detail when I got back home.

So, what did I find? Of course, looking for records of voluntary organisations is always tricky. It is impossible to predict which groups will create usable documents, retain them and then deposit them somewhere publicly accessible. (Yes, they are more likely to be bigger organisations with officers drawn from the professional classes in areas with more wealth, but that’s a “risk factor” – there are plenty of small grassroots organisations in county records offices too! Just check the catalogues.)

That said, I found groups representing a range of hospitals from village ‘mental institutions’, through market town general hospitals, to a large specialist children’s hospital. The material showed the commonalities – almost every group had a fete or fair of some kind – and the differences in how Friends raised money, spent their surpluses and volunteered their time for the benefit of patients and staff.Archive box from Warwickshire County Records Office.It was also fascinating to see the celebrities who were involved. For example, records show Warwick’s League of Friends was delighted when it was asked to organise a fete in 1964 so that the crew of ATV’s Emergency Ward 10 could record footage of a typical hospital scene. The excitement shown by the committee showed how popular the show was in the 1960s – but perhaps just as importantly, it showed that Leagues were such a fixture in British hospital life that ATV were compelled to include it in their programme.

I became even more engrossed in the papers of the Friends of Weston Hospital – an institution for people with learning disabilities in a village outside Kenilworth. It shut in the mid-1990s, but the Friends archives offer remarkable insights into how a voluntary organisation of this type wound down when the target of their philanthropic endeavours closed.

In any case, despite their relatively small membership, they too liked a good celeb. Norman Painting – Phil Archer to those who tuned in every week to The Archers – opened the 1978 Christmas Fair. But sadly, despite their best efforts they were not able to secure the services of the PG Tips chimpanzees in 1975. The handler at Twycross Zoo said they had grown too big.

That is, the chimps were now too large to perform – not that they had gone Hollywood and refused to do appearances they thought were beneath them.

The research is ongoing. I still have to visit a few more records offices before my collection of West Midlands archives’ photograph passes is complete. However, it is heartening to know that archival research is again possible – and what we can find is just as interesting now as it has ever been.