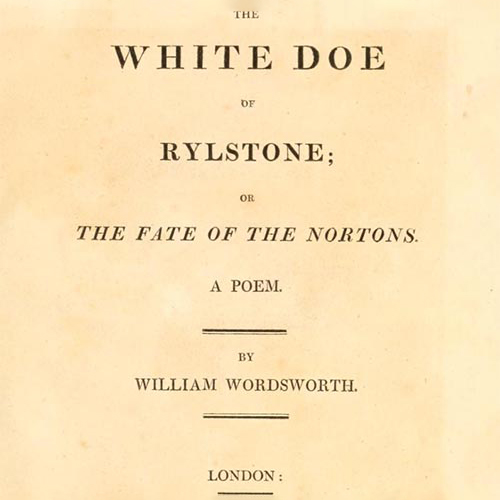 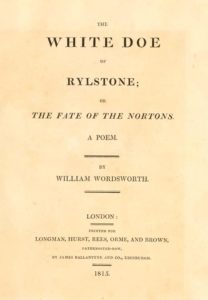 This narrative poem was written by Wordsworth in 1807 but withheld from the press until 1815 because of fears it wouldn’t be well received. And it wasn’t. It’s an austere poem that tricks the reader into expecting an exciting romance narrative of the kind at which Walter Scott excelled, only to disappoint those expectations when nothing much happens. It tells the story of the Norton family during the Rising of the North, a Roman Catholic rebellion aimed at dethroning Elizabeth I, but Wordsworth refuses to describe combat scenes and the most violent act performed by the rebels comprises treading on a Bible and saying Mass. Instead, the emphasis is on Norton’s Protestant daughter, Emily, who waits in the medieval garden at Rylstone Hall to hear news that her father and brothers have been killed. In her grief, Emily is comforted by the companionship of a milk-white doe, which continues to visit her grave in the churchyard at Bolton Abbey for many years afterwards. The garden and the churchyard are presented by Wordsworth as places enriched by the fact that they have witnessed centuries of human pain—from the medieval period through to the early nineteenth century—but for that reason, these are also places enriched by hope. This little-read Wordsworth poem gets to the root of his thinking about the consolation that can be gained from quietude, openness to lessons of sympathy from the animal world, and deep connections between people and the places in which they suffer and overcome that suffering.