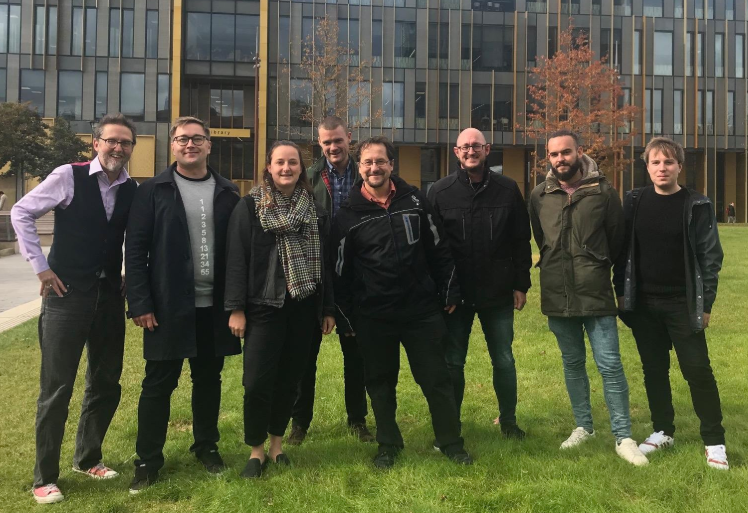 As the ESRC-funded research project: “The survival of the mass party: Evaluating activism and participation among populist radical right parties (PRRPs) in Europe” (ES/R011540/1) – known as the “Populism in Action Project” – comes to a close in April 2022, we would like to thank everybody that we have worked with and who has taken the time to connect with us and engage with our research.

This project mostly took place amidst the COVID-19 pandemic, which proved to be the worst public health crisis to engulf Europe in living memory. That Populism in Action continued and managed to achieve the ambitious objectives that we set in the summer of 2019 is testimony to the skill and commitment of our staff and partners, as well as the support of the wider community of scholars, non-academic experts, and the interested public that we have had the pleasure of working with. Which is to say: thank you.

Between the summer of 2019 and the spring of 2022 our project team racked up 149 individual media appearances (averaging more than one a week), appearing in news outlets based on every continent besides Antarctica.

We have posted 130 items of content to our website, including videos, podcasts, details of events and briefing notes, as well as incisive and timely short form written analysis from our team and many of the rising stars of populism research working at universities across Europe.

To date 9 academic publications have been accepted and published in peer reviewed journals and edited collections based upon research conducted by the project. This includes contributions to an Open Access Special Issue of Politics and Governance edited by the Project’s Prof. Daniele Albertazzi and Dr. Stijn van Kessel, for which all of the project’s Research Fellows wrote articles on their case study countries. The Special Issue also included articles exploring the phenomenon of contemporary populist radical right party organisation across Europe to create a truly comparative contribution to political party scholarship.

These publications are just the start. There are many others in the works, including a monograph drawing together the research undertaken during the project which is due to be published in 2023.

This website will remain online for the foreseeable future as an archive, as will the Populism in Action section of EA Worldview who were our media partner throughout the project. EA Worldview is edited by Prof. Scott Lucas who has provided invaluable advice and support to the project on external engagement from when it was on the drawing board through to the writing up stage.

The Project’s Twitter and Facebook accounts will remain active, providing updates on the forthcoming book and other developments.

Many thanks to the UKRI Economic and Social Research Council for their grant funding, and to the University of Surrey, University of Birmingham, and Queen Mary University of London for their essential support to the project. Many thanks also to the hundreds of representatives and members of the Lega (League), Vlaams Belang (Flemish Interest), Perussuomalaiset (Finns Party) and Schweizerische Volkspartei (Swiss People’s Party) who have agreed to talk to us: we simply could not have done it without them. But especially, thanks to you for your engagement over the part 2 and a half years. We look forward to continuing the conversations that we have started in the years to come and to further developing our research into populist radical right party organisation.