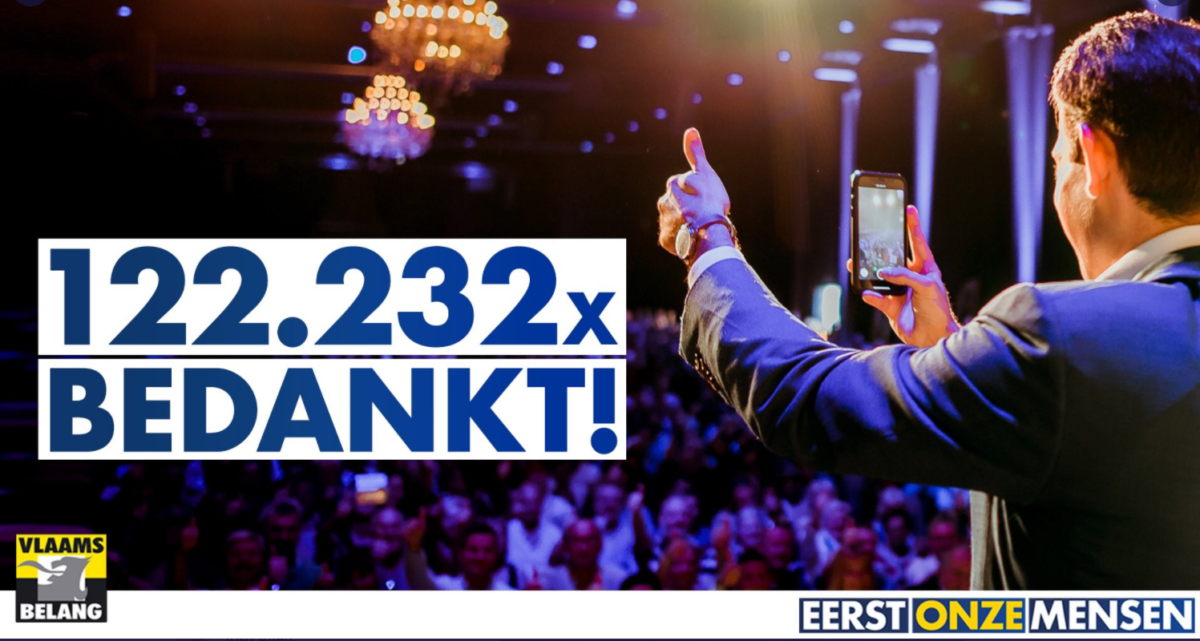 In 2019, the leader of Belgium’s right-wing populist party Vlaams Belang, Tom van Grieken, went on a “pub tour” of Flanders. The party’s videos of the 34-year-old politician showed him surrounded by admiring, chanting young people who were passing around beers.

Two years later, van Grieken’s Instagram, with 59,000 followers, is a series of videos. They are a mixture of home improvement, his new son, and commentaries criticizing the Belgian government. A link in his biography points followers to one of the party’s main campaigns: register as a VB voter, get a free face mask.

This campaign speaks to the current moment where Covid-19 necessitates almost-exclusively digital means of campaigning. But VB has long used social media to gain traction, having spent more than any other Flemish party online during the 2019 election. Between March and November, they paid more than 1.2 million Euros for Facebook ads, compared to a total spend of 2.3 million Euros by all the other Flemish parties combined. 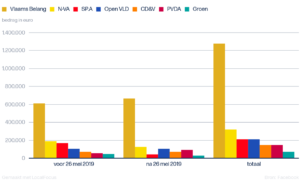 The distance and informality of social media may seem antithetical to the traditional “mass party” model of a large party membership on the ground. But virtual and in-person party activities are complementary, creating and maintaining VB communities. The question is whether digital means of campaigning will continue their Coronavirus-era dominance, or whether they are just one more phase of ever-shifting party strategies for organisation.

Van Grieken has championed both social media and “local anchoring”. The party has invested in local branches by hiring more staff based in each province and developing a branch mentorship program. The branches engage and connect with ordinary members through social activities like barbecues, New Year’s parties, and political meetings.

On social media platforms quick growth can come from small monetary investment.” As one VB MP said: “Facebook is a story of money. A Facebook [page] with half a million people is not that difficult. A few hundred thousand euros, and in a few weeks, you have one.”

This investment complements local branch life. Events are advertised on Facebook and open to members and non-members alike, providing a “low level” way of becoming involved in the party.

Social media also gives local leaders more effective means of communicating political messages. While leaflets can be in production for at least a month before delivery, posting a video is almost instant. VB representatives told me that videos and images are considered more appealing than printed texts, which are seen as uninteresting and too time-consuming to read.

The Shift from Membership to Party Community

According to almost all the VB representatives I interviewed, there is a widespread lack of enthusiasm for organizational membership, not just of political parties but of all local organisations. So VB’s investment in local branches and social media is not primarily part of a membership recruitment drive. Rather, the party seeks to connect itself to a supporter community of both members and sympathisers.

In-person events achieve closer bonds between members, as multiple Flemish parliamentarians told me, through “cultivating camaraderie” and “friendship groups”. However, as friendships cannot be fostered between each VB supporter, virtual solutions have emerged. VB MP and social media coordinator Bart Claes explained to De Morgen: “In 2014, VB was nowhere to be found. Not in the media, nor in people’s minds. That is why we have put a lot of effort into building a community, a digital community.”

For VB, the party community is underpinned by a sense of exclusion. Bonds are formed by the idea that members are “pushed into the same corner” by the cordon sanitaire, an agreement between all other political parties to block VB from participation in government at any level.

VB representatives credit their interest in social media to exclusion from the mass media, as the party feels underrepresented in traditional mass media. Social media provides a direct form of communication with supporters.

However, since social media companies in the USA took action against former President Donald Trump, VB representatives express concerns about possible “censorship” on Facebook and Instagram. Given these threats, where next for VB and social media?

The party has begun diversifying the channels it uses, rather than turning away from digital organizing. For a recent protest, the party mobilised activists using WhatsApp groups, and they began a “VBTV” section on their YouTube channel. Leader Tom van Grieken experimented with TikTok, while another high-profile representative, Dries Van Langenhove, began using Telegram to “arm” himself against censorship. At the same time, in some parts of Flanders, such as party bastion Ninove, activists are exploring door-to-door campaigning and house visits.

The VB’s way forward is continued pairing of the local and personal with the virtual in its development of a 21st-century mass party.

Dr. Judith Sijstermans is the Populism in Action Project’s Belgium (Flanders) focused Research Fellow. You can follow her on Twitter here.