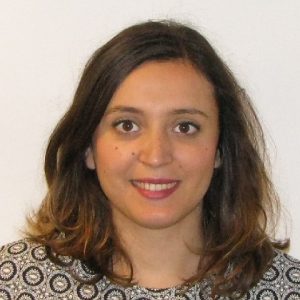 Abstract:  Public procurement has played a significant role in the internal and external trade relations of MERCOSUR. On the one hand, MERCOSUR has successfully adopted a new instrument, the Protocol on Public Procurement, with the aim of promoting regional integration and market access between its Parties. On the other, it is currently negotiating a free trade agreement with the EU, encompassing a chapter regulating public procurement. Nevertheless, the negotiations of this chapter have recently experienced an impasse due to the lack of an integrated procurement system in this region. This blogpost, therefore, analyses the timeline of procurement negotiations in MERCOSUR, the first instruments adopted and the “new” Protocol and, subsequently, discusses the impact its ratification will have on EU-MERCOSUR FTA.

In May 2016, the EU and the Southern Common Market (MERCOSUR) relaunched the negotiations of a free trade agreement (FTA) as part of a bi-regional Association Agreement. The envisaged agreement will encompass, besides traditional provisions on the reduction of non-tariff barriers to trade in goods and services, distinct chapters regulating specific matters related to trade, such as government procurement, intellectual property protection, and sustainable development. Nevertheless, the negotiations of the government procurement chapter have proven to be particularly problematic, especially in relation to the schedules of commitments. The EU is particularly interested in accessing the MERCOSUR procurement market, which in 2012 accounted overall for 15.2% of GDP, the second largest proportion in Latin America after the Caribbean Community (CARICOM) (SELA, 2015). In parallel, MERCOSUR countries have negotiated and recently adopted a Protocol on Public Procurement, aiming at using public procurement as a tool to foster regional integration and, to a certain extent, approximate the procurement systems of MERCOSUR countries. Therefore, the aim of this post is to analyse the process, which has led to the adoption of the Protocol on Public Procurement, and the role this enhanced instrument could play in the negotiations of the government procurement chapter in the EU-MERCOSUR FTA.

First attempts to regulate public procurement in the region of MERCOSUR

Public procurement had been initially excluded from the MERCOSUR’s scope and mandate. However, fifteen years after the adoption of its founding Treaty, the Treaty of Asunción [1],  public procurement was included in the MERCOSUR policy agenda and its first (non-)discipline [2] was provided under the Protocol of Montevideo on Trade in Services. Mirroring the General Agreement on Tariffs and Trade (GATT) exceptions in this field, the Protocol of Montevideo excluded the application of the most-favoured-nation (MFN) and national treatment (NT) principles and market access standards to the laws, regulations or requirements governing procurement conducted by governmental agencies of services purchased for governmental purposes. [3] Nevertheless, the Protocol of Montevideo identified public procurement as a regulatory area for future liberalisation, postponing the negotiation of binding obligations or softer commitments to a later stage (Anderson, 2014).

The first effort to integrate public procurement in the region of MERCOSUR was through the Protocol on Public Procurement, adopted in 2003 with Decision n. 40/2003 by the Common Market Council (CMC), the MERCOSUR decision-making body responsible for adopting decisions to promote the process of integration of different policy areas. The Protocol aimed at opening the procurement markets for goods, services and construction services between the Parties. The 2003 Protocol was soon superseded and derogated by Decision n.27/2004.[4] Nevertheless, the content of both agreements was almost identical. Despite the fact that at that time none of the MERCOSUR countries were parties to the WTO’s Government Procurement Agreement (GPA) [5], these Protocols incorporated many provisions contained in the GPA, especially the MFN and NT principles and the principle of transparency in the field of procurement (Rezzoagli, 2016). The main objective of the Protocol was to provide and guarantee non-discriminatory treatment to suppliers and providers settled in one of the Parties in the procurement of covered goods, services and works by contracting authorities in other MERCOSUR countries. Similar to the GPA and other international agreements on public procurement, the Protocol on Public Procurement was structured around specific areas: scope and coverage, information on bidding opportunities, publication of tenders and awards, procurement procedures, award criteria, and complaint procedures.[6] In July 2006, the CMC adopted a similar version of the Protocol on Public Procurement, merely adding the related provisions on the signatories, the venue and date of its signature (WTO, 2008). However, none of the MERCOSUR Parties ever ratified any of the envisaged Protocols, with the only exception of Argentina, which ratified the 2006 version in December 2008. In response to the stalemate encountered in the ratification process, mainly due to the difficulty of abandoning protectionist procurement policies (especially in Brazil) used to foster and promote national employment and industry, in 2010 the CMC gave a mandate to the Government Procurement Group (an auxiliary body of the Common Market Group, MERCOSUR’s executive body) to revise the former 2006 Protocol.[7] The objective was to adopt a revised Protocol that could ensure a new integrated procurement system while respecting the national procurement regulations of each Party.

As a result of the revision carried out by the Government Procurement Group, in December 2017 the CMC adopted the “new” Protocol on Government Procurement with Decision n. 37/17. The new Protocol constitutes a significant innovation in the regulation of public procurement so far carried out in the region of MERCOSUR. It clearly reflects the efforts and the intention to use public procurement as a tool to achieve greater integration to create a common market by fostering trade liberalisation and, as a result, to implement a “real” new regionalism (Botto, 2007). The goal of reaching deeper integration particularly emerges from the schedules of commitments contained in the Annexes to the Protocol, the scope of which has been substantially extended, compared to the 2006 version. For instance, the new Protocol has moved from a rigid positive list approach towards a more “hybrid” approach with much greater preference over a negative list approach.[8] However, it does not cover any sub-central and other (such as utilities) entities, despite emerging from the Annexes to the Protocol the willingness to include such entities as a result of a consultation process with sub-central authorities. Therefore, due to the importance of covering strategic sub-central entities to accomplish greater integration, the MERCOSUR procurement system cannot be considered fully integrated.

The 2017 Protocol appears to be shaped on the GPA structure and contains very similar provisions (e.g. procurement procedures), connecting this instrument to the consolidated landscape of international procurement agreements. Like the GPA, the 2017 Protocol (I) opens with a list of definitions, previously missing from the former Protocol, (II) dedicates a specific provision to the principle of transparency, (III) goes beyond the former distinction between open tendering and single-source procurement, widens the choice of procurement procedures by distinguishing between open and restricted tendering and (IV) provides for specific actions in the field of e-procurement. Particularly, the use of e-procurement, as required by the 2017 Protocol and the new MERCOSUR Digital Agenda [9], plays a fundamental role in the project of regional integration in so far as it promotes access to government contracts notices to all MERCOSUR Parties, which is particularly important for small- and medium-sized enterprises (SMEs), to the promotion of which the Protocol dedicates a significant role.

Although the Protocol has not been ratified yet, the Parties have agreed to a progressive implementation to overcome the previous stalemates in the ratification process. Therefore, this time, it seems more likely that the Protocol will be ratified.[10]

Negotiations of a bi-regional association agreement including an EU-MERCOSUR trade agreement date back to 2000. However, they were paused and re-launched several times before gaining a new strategic momentum in 2016. Subsequent stalemates were essentially caused by considerable divergences between the Parties with respect to market access offers in the field of agriculture, services, and public procurement. Despite the re-launch of negotiations in 2016, the government procurement chapter remains rather controversial, especially in relation to market access offers, and a source of disagreement in the negotiations. As emerges from the reports of the negotiating rounds from October 2016 onward, the Parties could find substantial agreement over the technical rules to be included in the government procurement chapter, mainly based on a revised text of the GPA, but are still far from agreeing reciprocal market access offers that could satisfy both Parties. This is mainly attributable to two concurrent causes. Firstly, the EU is seeking access at sub-central level while MERCOSUR countries are willing to cover only their central or federal governments. Secondly, MERCOSUR would retain a sort of preference, called “Special and differential treatment”, on the procurement of covered goods, services and works. On the basis of this special treatment, MERCOSUR Parties could exclude goods, services as well as programs or government policies which they consider necessary to secure the fulfillment of their public policy compliance, and apply offsets and measures to favour domestic content and local providers for an indefinite period.[11] Conversely, the EU is willing to grant only transitional measures, the content and duration of which will be limited.

The lack of an integrated procurement system in the region of MERCOSUR, coupled with the failure to cover sub-central entities, has resulted in one of the main causes that has brought the negotiations of the government procurement chapter in the EU-MERCOSUR FTA to the current impasse. In the field of procurement, the degree of regional integration also depends on the schedules of commitments and market access offers. Despite substantial improvements compared to the previous versions, the 2017 Protocol still does not cover sub-central governments and other entities. This internal difficulty to agree on sub-central coverage appears maximised in the negotiations of the government procurement chapter with the EU, which has an interest in gaining considerable access to different levels of government, thereby leading to the issue remaining unresolved so far. Therefore, if ratified, the role of the new Protocol on Public Procurement would be twofold. Internally, it would promote the opening of the government procurement market between MERCOSUR Parties and the integration of the different procurement systems. Externally, it would develop a common procurement framework which would be fundamental for MERCOSUR external relations, in which public procurement plays a significant role.

Botto M, ‘The impact of new regionalism on trade policy making, the case of MERCOSUR and the FTAA’ (2007) 37(1) Iberoamericana. Nordic Journal of Latin American and Caribbean Studies 257

MERCOSUR, Protocol of Montevideo on Trade in Services

MERCOSUR, Regulation of the Protocol on Public Procurement of MERCOSUR, MERCOSUR/CMC/DEC N° 55/2004

MERCOSUR, Revision of the Protocol on Public Procurement of MERCOSUR, MERCOSUR/CMC/DEC N° 23/2010

Permanent Secretariat of the Latin American and Caribbean Economic System (SELA), Public procurement as a tool for development in Latin America and the Caribbean (2015) SP/DT No. 2-15 http://www.sela.org/media/268509/public-procurement-as-a-tool-for-development-in-lac.pdf

WTO, Protocol of Montevideo on Trade in Services in the MERCOSUR. Report by the Secretariat (2008) WT/REG238/1

[2] Although mentioning the field of public procurement, the Protocol of Montevideo on Trade in Services excluded the application of the envisaged discipline (particular area of study) to the government procurement of services.

[3] See Article XV Protocol of Montevideo on Trade in Services in the MERCOSUR.

[4] In the same year, the 2004 Protocol was integrated with the Regulation of the Protocol on Public Procurement, regulating amongst others the revaluation mechanisms of the set thresholds and the publication of tenders and contract notices.

[5] Argentina and Brazil have currently the status of observers.

[6] On this topic, see Jorge Claro de la Maza and Roberto Camblor, ‘Government procurement and free trade in the Americas’ (1999) The Institute for the Integration of Latin America and the Caribbean (INTAL) and the Integration, Trade and Hemispherie Issues Division (ITD) of the Integration and Regional Programs Department of the IDB Working Paper 3.

[8] Under a positive list approach, a Party explicitly lists the commitments and sectors to which the agreement applies. Conversely, a negative list approach entails that the Parties only list those sectors to which the application of the agreement is excluded. In the field of procurement, the schedules of commitments are regulated under specific annexes, distinguishing between entities (central/federal, sub-central/sub-federal and other entities), sectors (goods, services and works) and thresholds.