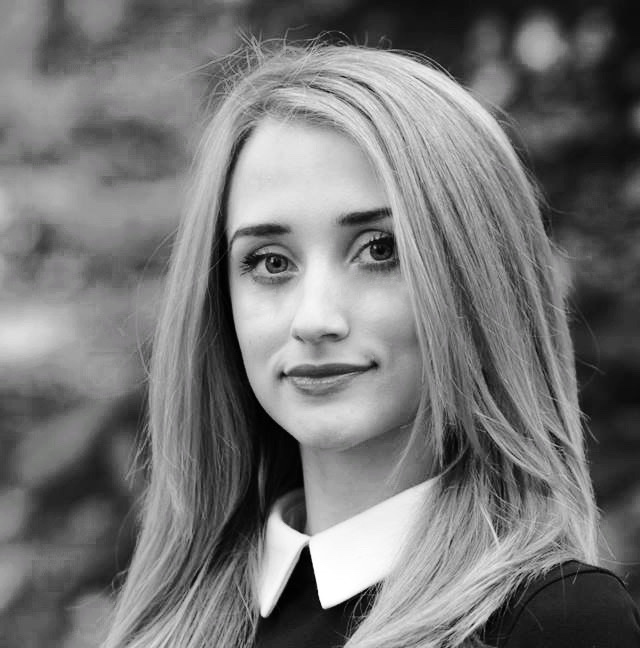 Abstract:  The recent transatlantic trade talks between the US and EU aim to cover exclusively tariffs on industrial goods omitting agriculture which gives rise to a question regarding compatibility with the ‘substantially all the trade’ requirement under Article XXIV GATT. This blog looks closer into the elements of the ‘substantially all the trade’ test, as well as relevant practice to conclude that, although the potential FTA may raise questions at the WTO RTA Committee, it would be highly unlikely both from a legal and political perspective for it to be found inconsistent.

On 18thJanuary 2019, the European Commission published its draft negotiating mandates for future trade talks with the US following the US-EU Joint Statement summing up the Trump and Juncker’s meeting in late July 2018. The mandates essentially cover two areas, namely elimination of tariffs on industrial goods and stepping up conformity assessment. In my previous blog published by the EJILTalk! (see here), I already discussed the prospects of the latter. Despite pretending to be a ‘low hanging fruit’ in comparison to cooperation in substance, it is still difficult to achieve as the history of the stumbling block on 1998 Mutual recognition agreement  (MRA) suggests. In this current post, I am inviting you to look closer at the WTO conformity of the prospective trade deal. While cooperation on conformity assessment does not appear to be particularly contentious given a clear legal basis for bilateral cooperation in Article 6.3 TBT and Article 4.2 of the SPS Agreements, reduction of tariffs solely on industrial goods might be inconsistent with GATT Article XXIV, as this blog contends. It is conspicuous that the new negotiations coincided with the looming threat of new US auto tariffs, giving a reason to assume that the EU might seek a quick fix solution through a trade deal, also putting more contentious issues, such as negotiations on agriculture or deep integration provisions such as services, procurement, investments, intellectual property, to the side. Nonetheless, being of limited coverage, the contemplated agreement will still be a free trade agreement (FTA) and thus is to be assessed under Article XXIV GATT rules.

At the heart of the GATT lies the non-discrimination principle envisaging the MFN (most-favoured nation) treatment, meaning that any preference granted to one WTO Member shall be ‘immediately and unconditionally’ granted to all other WTO Members, so that to avoid the erosion of concessions being agreed upon within the multilateral rounds of negotiations. However, recognising the trade liberalising effects of bilateral and regional agreements, Article XXIV GATT also foresees an exception to this principle for customs unions  (CUs) and free trade areas (FTAs). The exception does not go without conditioning the preferentialism upon satisfying a set of criteria aiming to limit the possible negative trade effects for outsiders. Roughly speaking, could be classified as external (Article XXIV:5) and internal (Article XXIV:8) ones. The external criterion precludes the situation when duties or other regulations of commerce applied by the newly formed CUs and FTAs are higher or more restrictive for third parties than before the formation of such preferential arrangements. For a given context, however, this post focuses on the internal criterion setting out that duties and other restrictive regulations of commerce within the CUs and FTAs shall be eliminated on the ‘substantially all the trade’ between the parties.

The ‘substantially all the trade’ criterion for the formation of the preferential trade agreements at its core is based on the economic theory of regionalism.: More desirable from the global welfare perspective trade creation effects are more likely to occur in cases where parties substantially liberalise their economies, while a ‘pick and choose’ technic tends to produce a welfare reducing trade diversion (see Ravenhil, Global Political Economy, Oxford University Press, 2008, p. 202). The exact meaning of the ‘substantially all the trade’ criterion is, however, subject to debate, since there is no clear indication of its parameters in the legal texts. Despite that this constructive ambiguity is in fact not surprising in view of the political sensitivity of economic integration, the loophole prevents a coherent understanding of the applicable rules. What is clear, however, is that there are two components of ‘substantially all the trade’ test – quantitative and qualitative –, which follows from the Preamble to the Understanding on the Interpretation of Article XXIV (adopted as part of the Uruguay Round in 1994):

“Recognizing also that such contribution is increased if the elimination between the constituent territories of duties and other restrictive regulations of commerce extends to all trade, and diminished if any major sector of trade is excluded”

The need to assess both of the components was also affirmed by the Panel in the Turkey-Textiles case (para. 9.148) and is confirmed by the practice of the WTO Committee on Regional Trade Agreements (CRTA), which in its assessments of bilateral and regional integration projects looks at both criteria. Thus, quantitative assessment means that a certain threshold of trade is to be liberalized, while qualitative component makes sure no major sector is left out.

Throughout the deliberations at the CRTA, Members expressed different understanding of the appropriate benchmark of the quantitative threshold  – either overall trade volumes or product coverage. While generally the overall trade volume is a major point of reference, Australia, for instance, made a proposal for 95 % of product lines to be covered (WT/REG/W/22, para.10), which was, however, met with disapproval by the EU (WT/REG/M/16)and was never adopted as a mandatory approach. In view of lack of clear benchmarks, the products lines coverage, nevertheless, have been also used as a point of reference later, along with the trade volumes consideration. Both benchmarks were mentioned by the US in US-Line Pipe case, where it claimed that NAFTA complied with the ‘substantially all the trade requirement by covering 97 % of tariff lines constituting 99 % of trade volume between the members (Panel Report, para. 7.142).

The analysis of the qualitative component is even more problematic because countries tend to shield certain sensitive sectors. Again, there is no clear threshold to determine what shall be a ‘major sector of trade’, giving Members latitude to make their own interpretations. Especially, agriculture has proven to be contentious. In practice, empirical studies demonstrate that it is often negotiated with restrictions, partially covered or in some cases even excluded from the coverage, making it one of the most common avenues for protectionism. For instance, the EU-Turkey customs union did not initially cover agriculture, which came under fire in the CRTA assessment (WT/REG22/M/1, see the US objections at para.13). The EU-South Africa FTA covered only 39 % of EU imports from South Africa (Press Release). Both cases, however, have been provided with a justification. In a case of South Africa, EU claimed that the excluded imports represented only 4 % of the total imports from South Africa, while in EU-Turkey case, it was envisaged that agricultural sector will gradually be liberalized after the transitional period when Turkey would make necessary adaptations to its agricultural policy, so it has never been completely off the table (WT/REG22/M/1, para.6; Agreement, Chapter II).

Industrial goods agreement between the US and EU

When making the quantitative assessment, the parties could invoke an argument that the industrial goods account for most of their bilateral trade. Applying purely the volume of trade benchmark, as there is no clarity on tariff lines inclusion, it might not be especially difficult to substantiate this argument. Qualitative assessment, on the other hand, might prove to be more challenging. How can the outright exclusion of the whole agricultural sector be legitimately justified? Could the EU claim that it amounts to negligible export volumes? The statistics for the last year (2018), at least, demonstrates that US has been ranked as the first in EU’s agro-export destinations and second among the top importers (see here), making the argument on the insignificance of bilateral trade in this sector not very compelling.

Otherwise, would the parties be willing to include the clause providing that agriculture would be considered somewhere down the line, as foreseen in the customs union agreement between EU and Turkey? Nothing at this stage indicates that the EU is at least willing to initiate talks on this issue.

What should we expect then? Should the potential FTA be found inconsistent with Article XXIV GATT and thus, the provided tariff preferences are to be found discriminative unless not extended on the MFN basis? The answer is that it would be highly unlikely both from a legal and political perspective. In view of lack of clear benchmarks of the ‘substantially all the trade’ criterion, as pointed out in the previous section, it would not be easy to claim any legal inconsistency. Also, although intensive debates at the CRTA might be expected, it is hard to imagine that any of the Members would openly oppose the US-EU industrial tariffs liberalisation. Moreover, it does not seem that the panel or the Appellate Body would dare to determine the clear measurements of ‘substantially all the trade’ criterion to assess the violation of Article XXIV GATT, since it potentially could amount to judicial norm-creation, which it has already been criticised for in the past, and thus, it represents a slippery slope especially given the current political circumstances.

Therefore, despite being questionable in terms of its Article XXIV GATT consistency, the potential US-EU FTA on industrial tariffs is unlikely to be effectively challenged. Another question, which arises in this regard, is, in case it is adopted, what would be the fate of a ‘deep trade agenda’ between the parties? What would happen with the services, procurement, investment negotiations in case of lost industrial tariffs negotiations leverage? Could we expect trade talks on these issues anytime soon? Would these talks have fewer chances to succeed being disentangled from the tariffs negotiations? Also, how about the Paris Agreement, which the EU Commission committed to include into all of its trade negotiations? It is clear that finding solutions to the auto tariffs threat is a priority, but how this strategy could play out in a long-term perspective is an open-ended question.