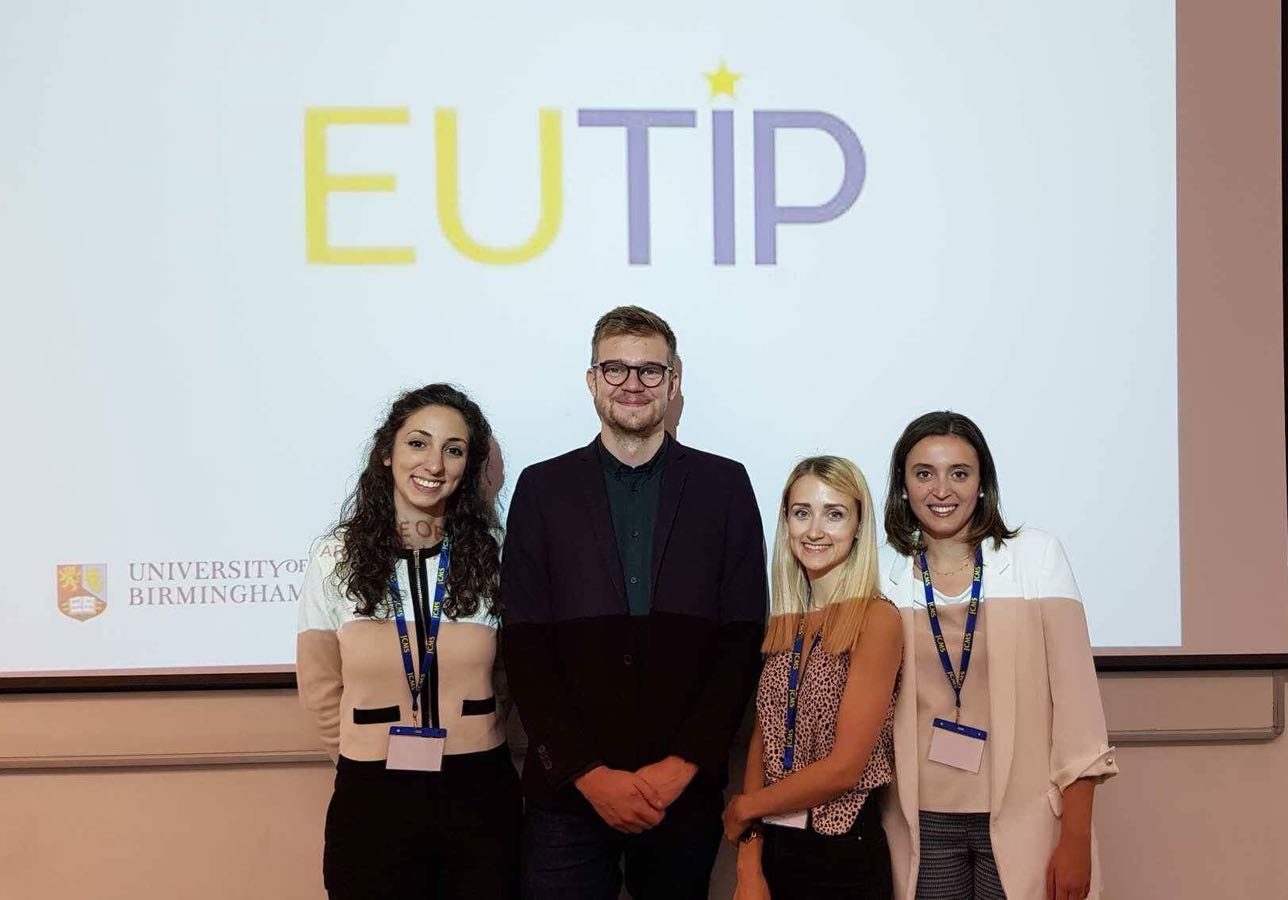 The annual 3-day interdisciplinary conference in contemporary European Studies was organised this year by the UNESCO World Heritage city of Bath and provided a locus of exchange for experts on Europe this September.

Panel on ‘EU Trade Policy I’, chaired by Professor Andrew Scott, Co-Director of the Europa Institute:

The presentation explored the theoretical groundings of a geoeconomic analysis of trade policy. It presented the limits of liberal institutionalist accounts in explaining motivational and strategic drivers behind external trade policy decisions, showing that systemic factors have a rich empirical basis in the literature. In a novel theoretical model, the presentation sketched the interplay of and relation between systemic and domestic variables in attempting to explain varying trade policy choices of the European Union (EU). The presented (draft) framework, which was discussed with the participants, will be applied to empirical studies in the future and aims to support the understanding of the impact of geopolitical and power shifts on individual (EU) trade policy decisions.

Panel on ‘Transatlantic Trade and Investment Perspectives: Trade relation between the EU and the US‘, chaired by Professor Martin Trybus, EUTIP Lead Researcher and Supervisor:

Paper presented: TTIP and CETA: the question of personal coverage and the central role of sub-federal governments – Alice Manzini 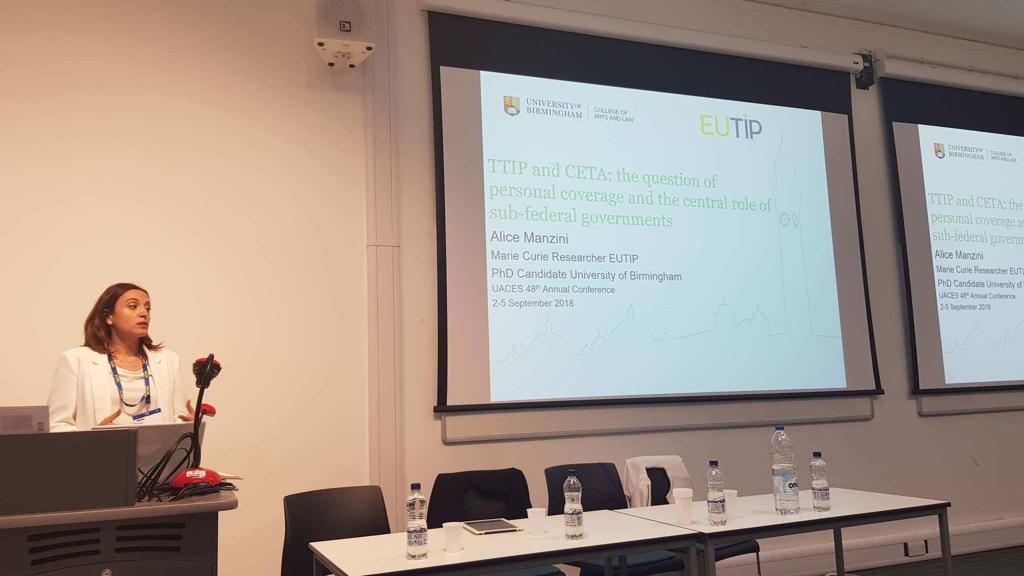 The presentation merged trade law, public procurement and federalism. The paper focuses particularly on the role of sub-federal governments in the conclusion of Transatlantic Trade and Investment Partnership (TTIP) and Comprehensive Economic and Trade Agreement (CETA) public procurement chapters, by comparing the involvement of US States and Canadian Provinces in the negotiations of FTAs. 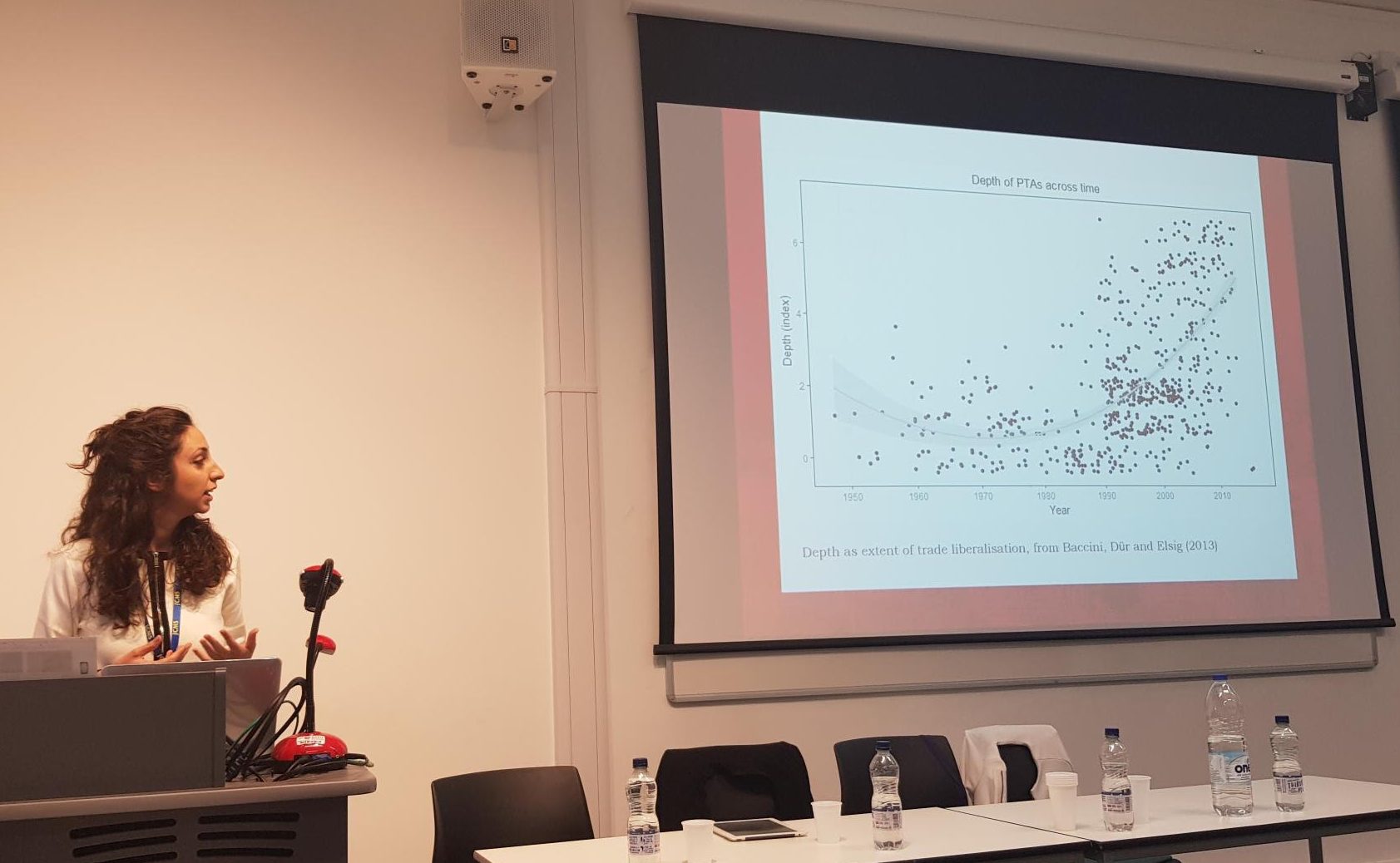 The presentation started with the descriptive dimension of what can be found in the Free Trade Agreements (FTAs) with Canada, Singapore, Japan and the European Union (EU) proposal for Transatlantic Trade and Investment Partnership (TTIP) with respect to Fundamental Rights (FR), in particular labour rights, data protection and privacy rights. What followed was an exploration of how to investigate the normative dimension, i.e. ‘deepness’, intended as what should be in the FTAs in relation to FR beyond what is already present. The presentation thus provided an overview of different perspectives from which deepness of FR can be investigated and what it could mean in each case. 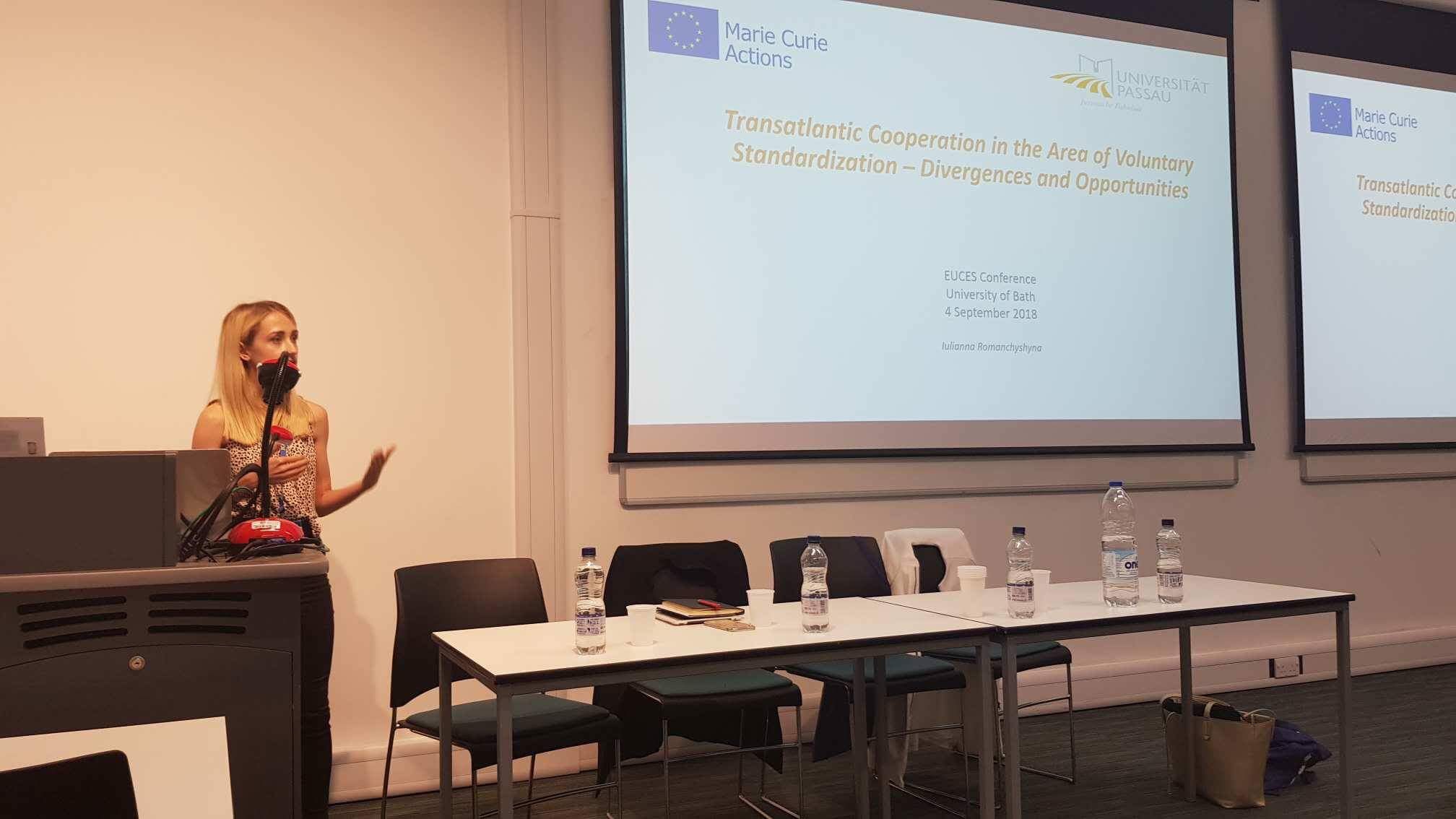 The paper articulated the future of cooperation on voluntary standardization between the United States (US) and European Union (EU) after Transatlantic Trade and Investment Partnership (TTIP). It pinpointed the role of voluntary standardization as a soft regulatory power that may have strong trade liberalizing effects, but at the same time may also restrict the market access, which motivates the countries to cooperate to reduce the divergences. As regards cooperation between the US and EU, the paper firstly identified the possible risks arising from the fundamental differences between the systems that could be primarily harmful for the integrity of the EU standardization system, which is more centralized and coherent than the American. Secondly, it pinpointed the channels of possible cooperation that could be utilized while preserving each party’s particular internal dynamics. It summed up by stating that cooperation on voluntary standards does not need to be framed within a Free Trade Agreement (FTA) for the parties to proceed with discussing a common ground at the level of standardization bodies, however the value-added of TTIP negotiations was that it created a platform for intensified dialogue between the standardization systems fueled by a high level political support which could be lacking within the post-TTIP discussions.