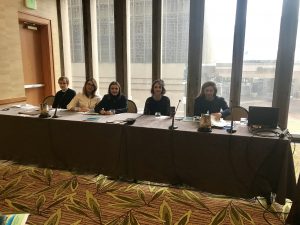 Prof. Elaine Fahey (ISEL, City, University of London) chaired a joint EUTIP panel focussing on the theme of “The EU the Ultimate Convergence Actor? The EU as a Global Legal Actor in Trade”. Prof. Wolfgang Weiß (German University of Administrative Sciences Speyer) acted as a discussant of all the papers presented.

Isabella Mancini (ISEL, City, University of London) presented a paper co-authored with Prof. Elaine Fahey on “EU-Japan Data Flows and Adequacy: When is the EU an Intentional or Accidental Convergence Actor?”. Isabella particularly focused on the EU-Japan trade negotiations and the ‘accidentality’ of data dialogues in the context of the former against an EU approach disconnecting trade and data. She further argued that many flaws still remain in the alleged “equivalent level of protection” afforded by the new architecture of the adequacy decision with Japan which question the EU as a global data convergence actor.

Alice Manzini (University of Birmingham) presented a paper on “The ‘New’ External Dimension of EU Public Procurement Law”. The paper aimed at reflecting on the role of the EU as a convergence actor by analysing the intersection between public procurement and the EU Common Commercial Policy. Particularly, it focused on the different fora in which the EU has pursued an external procurement policy, by examining the interrelationship between the Government Procurement Agreement and the EU procurement Directives, the new generation of deep and comprehensive FTAs and the amended proposal on the International Procurement Instrument.

Kornilia Pipidi Kalogirou (German University of Administrative Sciences Speyer) presented an analytical framework to measure the legal bindingness of Regulatory Cooperation Chapters in the new FTAs. The analytical framework is the one of Legalization, as proposed by IR scholars. In particular she argued that there is overall greater legalization in the CETA Regulatory Cooperation than in the EU-Japan one and examined shortly in more detail the provisions of each agreement to make the comparison.

The paper of Simon Dekeyrel (University of Nottingham) on “The Role of Energy in the Post-TTIP EU-US Relationship: Perspective for Rapprochement?” looked into the role of energy in post- TTIP EU-US relations. It analysed the potential of energy as a subject of rapprochement between the EU and the US, but also the obstacles and limitations of EU-US cooperation in the field of energy. 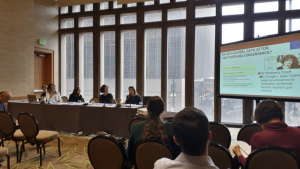 Prof. Elaine Fahey presented a paper on “Framing (Critical) EU International Relations Law” in a panel on “Critical Approaches to EU’s External Relations and Foreign Affairs”. The paper has as its objective the re-reading of EU International Relations (IR) law by revealing insights from EU critical studies. EU IR is a field where the EU’s engagement with the world, international organisations and current and future third countries has become a highly prominent symbol of the EU’s capacity to survive and endure in the global legal order, however weakened internally crisis by crisis.

As a legal field, EU IR law (or foreign affairs or external relations law to give it its multiple identities) has long been a highly doctrinal and competence-oriented subject, dominated by court-centric views on EU integration. One of the most significant features of contemporary EU law today is that while the activism of the CJEU has long been a source of study and the goals of EU integration, policies and actions of EU institutions formally form the object of study for most students of EU law it is difficult to describe the sum total to be anything close to critical EU law studies and that the success of the EU in the world are subject to little internal critical within EU law. EU legal scholarship has tended to adopt a highly ‘court-centric’ approach to the EU and the global legal order. A new era of IR appears very successful but also less oriented towards the individual- specifically as to the place of direct effect and enforcement of trade agreements. It necessitates careful reflection on how to study the field of EU IR. These issues invite further reflection at this critical juncture. What could be labelled here to be critical EU IR law?

Prof. Wolfgang Weiß presented on “Treaty Bodies in EU FTA and the Role of the European Parliament in the Implementation of Trade Agreements” in a panel focused on “The Design, Effect and Legitimacy of Institutional Frameworks Established by EU Bilateral Agreements (2) -Legitimacy and Global Dimension”.  The paper argued how the lack of control of the European Parliament (EP) over the decision making of treaty bodies is problematic as recent trade agreements became living instruments that are self-evolving. They establish treaty bodies that have binding decision making competences in order to facilitate the implementation but also alteration of the agreements. These competences have become increasingly substantial, go beyond mere execution of the agreements and include decision making on rather fundamental issues and norm generation which implies exercise of political discretion. Hence, these common organs enjoy public powers that have been transferred to them by way of treaty making. Such transfer of public powers prompts the question which parliamentary control mechanisms do exist for this type of delegation of public powers by the EU to treaty bodies by way of treaty-making. Therefore, this paper demonstrated that democratic legitimacy and institutional balance in the EU require a strengthened role of the EP with regard to delegation to treaty bodies, not least in reflection of the enhanced role of the EP in treaty-making and legislation. It also formulated recommendations and identified mechanisms that safeguard the necessary parliamentary control. 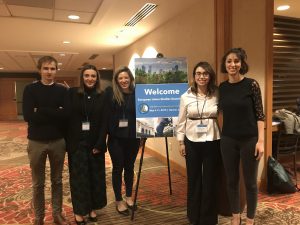